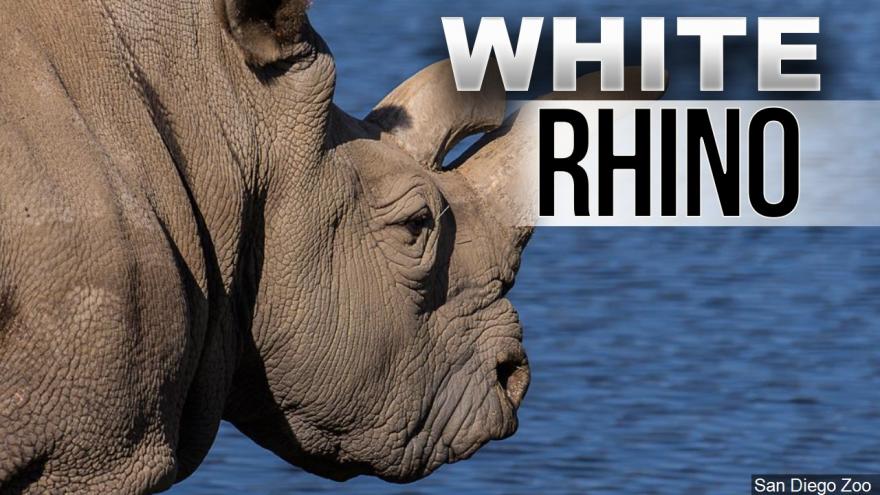 (CNN) -- Only beeps from medical monitoring equipment broke the silence as veterinarians harvested eggs from the last two northern white rhinos on the planet.

The pressure was high because it was the first time this procedure had ever been attempted on the species. The stakes are immense, with the future of the northern white rhino on the line.

The team successfully gathered the eggs Thursday from the two female rhinos, who live at the Ol Pejeta Conservancy in Kenya. The outcome was made possible by years of research, testing and practicing the procedure.

"Both the technique and the equipment had to be developed entirely from scratch," Professor Thomas Hildebrandt from the Leibniz Institute for Zoo and Wildlife Research in Germany said in a press release. "We were able to harvest a total of 10 oocytes - five from Najin and five from Fatu - showing that both females can still provide eggs and thus help to save these magnificent creatures."

The egg extraction is just the one part of a long journey to keep the northern white rhino from becoming extinct.

Najin and Fatu, the two rhinos, are not able to carry a pregnancy themselves. Researchers will attempt to artificially inseminate their eggs with frozen sperm from a northern white rhino. If researchers can produce embryos, they would be transferred to a female southern white rhino who would act as a surrogate.

The last male of the species, named Sudan, died of natural causes in March 2018. Another male, Suni, died in 2014. Sperm from both males was cryogenically frozen with the hope that someday the technology would advance enough to use it in reproduction.

"Yesterday's operation means that producing a northern white rhino embryo in vitro -- which has never been done before -- is a tangible reality for the first time," Cesare Galli from Avantea, an Italian laboratory that specializes in animal reproduction, said in a press release.

The harvested eggs were airlifted from Kenya to Italy, where the Avantea laboratory will fertilize the eggs in vitro with the sperm from the decreased males.

A lot of humans from across the world were involved. It was a team effort by the Leibniz Institute for Zoo and Wildlife Research in Germany, Dvůr Králové Zoo in the Czech Republic, Avantea laboratory in Italy, Ol Pejeta Conservancy and the Kenya Wildlife Service.

Having another species carry the embryos of the near-extinct species is something researchers have been exploring for awhile.

While the northern and southern white rhinos are distinct subspecies, they are closer than previously thought, according to a study published last year in the journal Proceedings of the Royal Society B.

In July, a southern white rhino gave birth to a baby boy at the San Diego Zoo Safari Park. It was the first artificial insemination birth of the species in North America, the zoo said.

The birth of the baby rhino was especially important because it meant the artificial insemination, in vitro fertilization and embryo transfer worked. Once the whole process has been perfected in southern white rhinos, it could be used in other endangered species, the zoo said.

"On the one hand Ol Pejeta is saddened that we are now down to the last two northern white rhinos on the planet, a testament to the profligate way the human race continues to interact with the natural world around us," Richard Vigne, managing director of Ol Pejeta, said in a press release.

"However we are also immensely proud to be part of the groundbreaking work which is now being deployed to rescue this species," he said. "We hope it signals the start of an era where humans finally start to understand that proper stewardship of the environment is not a luxury but a necessity."