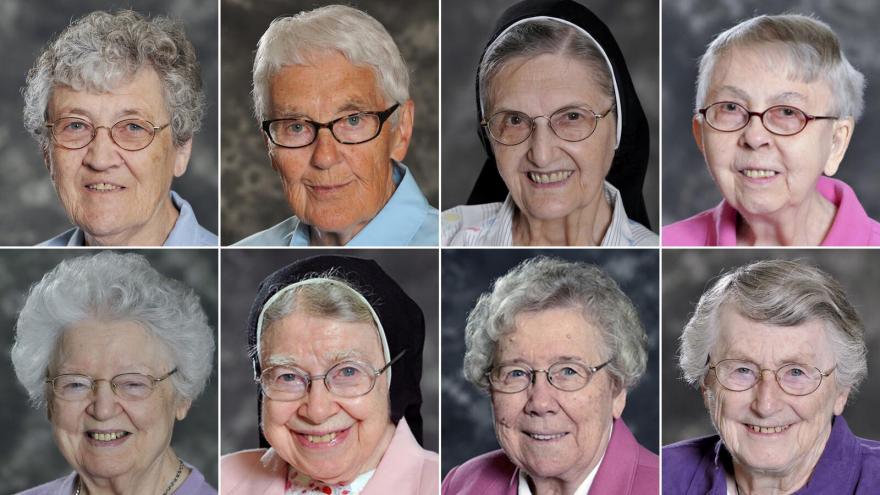 (CNN) -- Within a week, eight nuns living in the Notre Dame of Elm Grove in Wisconsin died from Covid-19, all of whom, in their own ways, were mentors in the community.

The School Sisters of Notre Dame confirmed the deaths to CNN affiliate WTMJ, adding the sisters died of complications caused by the virus.

"Every one of our sisters is really important," Sister Debra Sciano, the provincial leader of the School Sisters of Notre Dame Central Pacific Province, told the news station. "Not only to us, but we feel they have touched thousands of lives we'll never be aware of."

The facility was first established as an orphanage but later became a home for elderly and ill sisters, according to the School Sisters of Notre Dame website.

The congregation said they have confirmed cases among the nuns living in the facility, but did not release the number of infections, according to the affiliate.

It added the sisters have been following CDC guidelines, including wearing masks, social distancing and regular hand washing, the station reported.

"We're being extra careful in terms of getting their meals in rooms and they can't congregate together," Sciano told the affiliate. "More testing, being tested twice a week for the virus."

Among the nuns lost to the virus was Sister Rose Feess, who was known for her "teaching skill, especially her attention to grammar and writing, her faith, her sharp wit and her love of cats," the Notre Dame School of Milwaukee wrote in a Facebook post.

Another, Sister Lillia Langreck, had been "heavily involved in racial and social justice efforts" for the past 60 years, according to the affiliate, including the Milwaukee marches for fair houses and integrated busing.