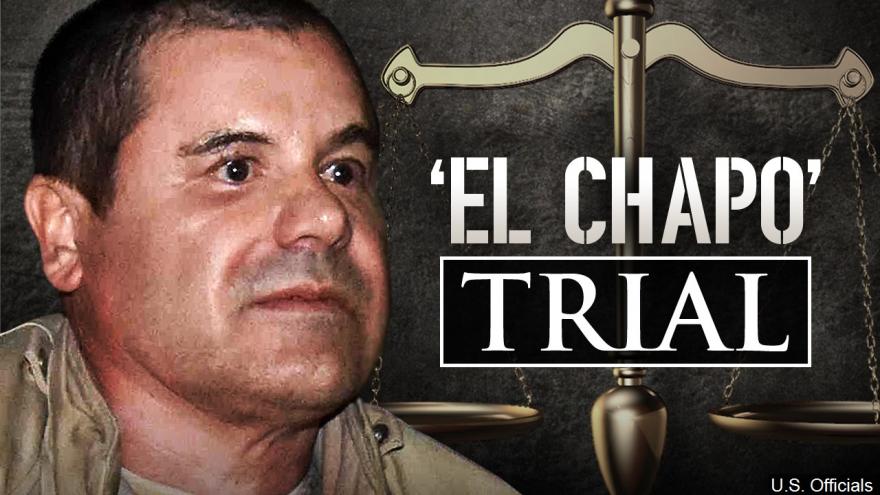 After three days of an apparent game of "chicken," the Los Angeles teachers union said it's heading back to the negotiating table with the school district.

(CNN) -- Former Mexican lawmaker Lucero Sanchez broke down crying after describing how her former lover, Joaquin "El Chapo" Guzman, drew her into marijuana trafficking and didn't pay her for her work.

Nearly a dozen former cartel associates have testified against Guzman at his federal trial in Brooklyn, New York, but Sanchez was the first female cooperating witness. Guzman has pleaded not guilty to charges of international drug trafficking and conspiracy to murder rivals.

Sanchez, in a blue prison uniform, testified Thursday as Guzman's wife, Emma Coronel, sat in the courtroom gallery. Sanchez said she met Guzman in 2010 when she was 21 years old.

"Until today I'm confused, I thought it was a relationship romantically, as partners," Sanchez said, eliciting laughter from Coronel.

Even though Sanchez grew close to Guzman, when she would go visit him at his hideout in the mountains in Sinaloa, her eyes would be covered so she wouldn't know where she was being taken, and her phone was taken away.

The phone was a central part of their life as a couple. Early in their relationship, Guzman had a worker bring her a BlackBerry "that had been fixed so that we could communicate." At this point, Guzman had been on the run from authorities for nearly a decade after escaping from a Mexican prison in 2001.

Sanchez said the pair talked every day, at all hours of the day, and that Guzman would have someone bring her a new phone every few weeks. A former IT technician for Guzman testified last week that Guzman had him install spyware that would allow him to track phone calls and messages of close associates, lovers and family.

At one point, Sanchez lived with Guzman at one of his safe houses. She would take care of personal errands for Guzman, who couldn't leave the house.

She would buy his clothing: shirts, pants, shoes and underwear. And she would cut the pant legs, she said, because they were often too long.

Guzman's nickname, after all, is "El Chapo," which means "shorty."

The three B's of quality

Their relationship shifted when, in 2011, Guzman asked Sanchez if she knew anything about different types of marijuana. She didn't. So, he sent her to a mountainous region in her home state of Durango, where she had ties to a community that included marijuana farmers and producers.

"He did not have anyone to get marijuana for him," she said. "At least, that's what he would say."

It was difficult to get cell phone service in the remote region, Sanchez said, so she would climb a tall hill multiple times a day to be able to communicate with Guzman. Intercepted BlackBerry messages show Guzman instructing her to buy 400 kilos of marijuana to be loaded onto a private plane flown by a pilot who was his associate.

Guzman told her, she testified, that when looking to purchase marijuana, she should look for "the three B's of quality" -- Buena (good) bonita (pretty) and barata (cheap).

At first, Guzman wanted her to buy the marijuana on credit, but she pushed back because she worried the farmers wouldn't get paid.

"Those were people who were very low-income people, and they worked way too much," she said.

In intercepted BlackBerry messages, Guzman texts her, "love ... you have to rip the bags open so you don't buy anymore with seeds." Guzman was referencing marijuana with seeds, which is of poorer quality, Sanchez said. She said she would purposely send packages of marijuana with seeds "because I wanted him to get upset with me so he would send me back."

Sanchez said Guzman never paid her for her work.

In 2014, Sanchez and Guzman had an on again, off again relationship.

But on the night of February 16, 2004, they were on again, and the pair were in his bedroom at the ground level of one of several homes he used as hideouts in the outskirts of the Sinaloa capital city of Culiacán.

Meanwhile, US DEA agent Victor Vazquez was outside. Vazquez was based in Mexico City and tasked with trying to track down three men believed to be heads of the Sinaloa Cartel: Rafael Caro Quintero, Ismael "El Mayo" Zambada and Guzman. After failing to capture Zambada, Vazquez was closing in on Guzman's safe house.

He and the team of Mexican marines he had embedded with were banging on the door of the home, where Guzman and Sanchez were resting. The metal door was so strong that multiple marines attempted to take it down with different battering rams.

Before the banging began, Guzman's associate ran into the bedroom, where Guzman was fast asleep.

"They're on us, they're on us," Guzman's associate, known as "Cóndor," yelled, waking Guzman.

The group ran to the adjoining bathroom, where Guzman had his signature hydraulic lift installed under the bathtub. With the press of a button, the bathtub lifted, revealing a dark, damp space. The group went inside, closing the tub above them, and they were in darkness.

The area turned into a tunnel, and Guzman ran off ahead of the group, completely naked.

Vazquez did not capture Guzman that day. But Guzman's 13-year stint evading authorities would come to an end just a few days later, until he escaped again in 2015.

Sanchez, on the other hand, decided to run for office shortly after Guzman's arrest. Her term as a Sinaloa state legislator was cut short after three years, after she was stripped of her title and accused by the Mexican government of using false identification to visit Guzman in jail.

Sanchez was arrested after trying to cross into the United States through a port of entry in San Diego in 2017, where she had been attempting to request political asylum. She was charged with drug trafficking conspiracy charges, pleaded guilty and entered a cooperation agreement with the US government. She faces between 10 years and life in prison.