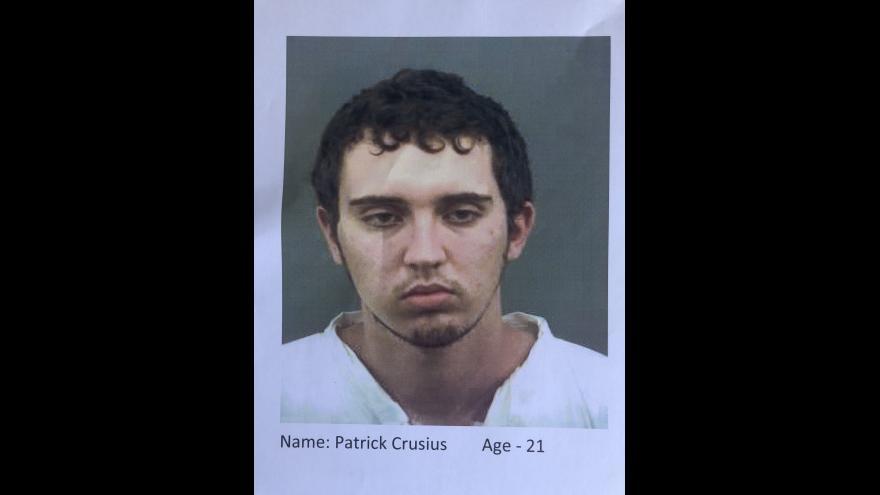 The man who authorities say killed 22 people at an El Paso Walmart last weekend claimed he targeted the city because, in part, he wanted distance between target and his hometown on the other side of Texas, three sources with knowledge of the investigation said.

(CNN) -- The man who authorities say killed 22 people at an El Paso Walmart last weekend told police that his targets were Mexicans, according to an arrest affidavit.

"The defendant stated his target were Mexicans," according to the affidavit, which CNN has obtained and was first reported by The Washington Post.

CNN is reaching out to El Paso police and a defense attorney for Crusius for comment about Garcia's account.

Police said Crusius, besides killing 22 people, wounded 24 others in Saturday's shooting. He was arrested on the day of the attack, surrendering to a police officer at an intersection just north of the store.

Crusius has been charged with capital murder in the shooting and is being held without bond.

Police previously said that the shooting appeared to be a hate crime. Investigators believe Crusius wrote a document filled with hatred of immigrants and Latinos in which he said he wanted to stop a "Hispanic invasion" of Texas.

The document was published on the online messaging board 8chan about 20 minutes before the shooting, authorities said. The author says he opposes "race mixing" and encourages immigrants to return to their home countries.

Federal authorities have said they're treating the shooting as a case of domestic terrorism. The shooting was one of the 10 deadliest in modern US history and one of at least three mass shootings in a week.

Crusius claimed he targeted El Paso because, in part, he wanted distance between target and his hometown on the other side of Texas, three sources with knowledge of the investigation told CNN.

Crusius told investigators this was one reason why he chose El Paso, the sources said. Crusius believed that if he committed the attack near his home in a suburb of Dallas, his family and acquaintances would have known that he did it, the sources said.

Crusius drove about 11 hours from his home in Allen, Texas, to the Walmart in El Paso, in far western Texas abutting the Mexican border, police said.

El Paso police officials would not comment about the sources' accounts.