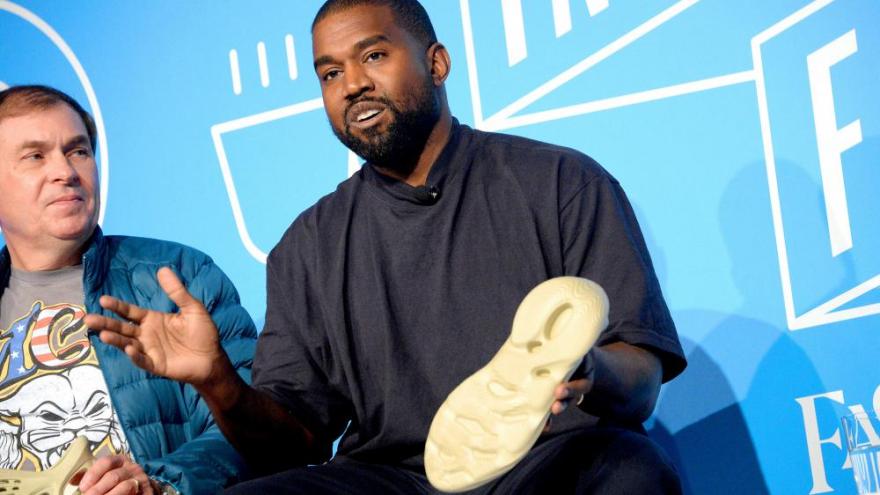 (CNN) -- The Wisconsin Elections Commission voted Thursday to keep Kanye West off the general election presidential ballot after determining the hip hop star had filed late, a move that keeps him from potentially competing in a key battleground state in November.

The 5-1 vote came after the commission's staff released a report Tuesday concluding that West and his running mate, Michelle Tidball, had not filed nomination papers on time, by 5 p.m. on Aug. 4.

The commissioners, three Republicans and three Democrats, rejected the argument by West's attorney, Michael Curran, that the campaign had until 5:01 p.m. to file.

Wisconsin state law states that candidates must file nomination papers "not later" than 5 p.m. Jeffrey Mandell, an attorney for Wisconsin's Democratic Party, said the evidence is clear that West's team filed the papers late and "they cannot be allowed."

Republican Robert Spindell was the only commissioner to vote in favor of West, arguing that the commission should give West the opportunity.

Republican operatives, some with ties to President Donald Trump, have helped West try to get on presidential general election ballots in states from Vermont to Arkansas. Some of the states where West has filed are reviewing his petitions.

The effort is raising questions about whether Republicans are pushing for the rapper's addition to the ballot as a way to potentially siphon voters from Democratic presidential nominee Joe Biden.

The effort has been effectively green-lit by Trump, who said earlier this month that he had "nothing to do" with West qualifying for states' ballots but that the rapper has "got a good heart, a very good heart. And I like Kanye very much."

Trump won Wisconsin by less than 1 percentage point in 2016.

Black Democratic officials and progressive activists in Wisconsin had reacted largely with disgust to West's efforts in what is expected to be among the most crucial swing states in November's election. But some expressed trepidation that -- if the presidential race is a nail-biter there -- West earning even a fraction of the 188,000 votes that went to third-party or independent candidates in the state four years ago could become a significant factor.

The Republican strategy seizes on a perceived lack of support for Biden among young Black voters, despite the fact that Biden largely won the Democratic primary because of his deep support among Black voters.

Polling shows that Biden enjoys a massive lead with Black voters -- an analysis of 10 polls from CNN's Harry Enten in July found he leads among Black voters, 83% to 8%.

But Biden's support among Black adults is not monolithic and is far stronger with older Black adults. A recent Washington Post poll found that 87% of Black seniors said the former vice president is "sympathetic to the problems of Black people in America," while that figure drops to 66% with adults under 40.

West's candidacy is a clear attempt to play into that dichotomy -- mimicking the Trump campaign's twofold strategy to both court younger Black men at the same time that his campaign attempts to suppress support for Biden.