Eli Manning joined Twitter, and was immediately made fun of by Tom Brady 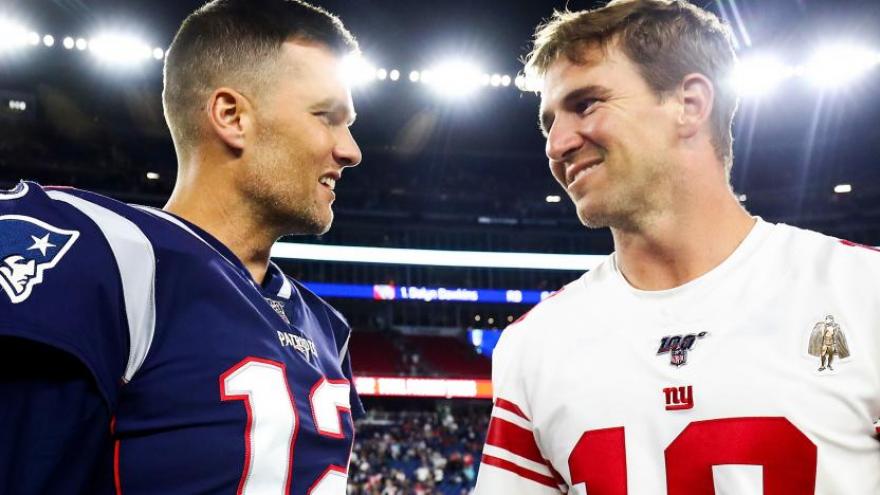 Tom Brady (left) welcomed Eli Manning (right) to the Twitterverse by engaging him in a classic social media roast.

(CNN) -- Tom Brady welcomed Eli Manning to the Twitterverse this weekend by engaging him in a classic social media roast.

Manning, a former New York Giants quarterback, got burned by Brady, a fellow star quarterback, after posting his first tweet on Saturday.

"To paraphrase Jimmy Chitwood, 'I don't know if it'll make any change, but I figure it's time for me to start playing social media,'" Manning, who retired at the end of last season, wrote, referencing the 1986 movie "Hoosiers."

Brady, who signed with the Tampa Bay Buccaneers in March after spending 20 seasons with the New England Patriots, hit back less than one hour later.

"Welcome @EliManning, In typical fashion, you never showed up until the 4th quarter anyway," Brady joked.

Manning may be a Twitter newbie, but he didn't let the joke slide. He offered a good-natured response to Brady shortly after.

"Hope your golf game is as polished as your Twitter game," he wrote, referencing the "The Match: Champions for Charity" golf match Brady is participating in Sunday afternoon, opposite Manning's older brother. "Don't hit it in the lumberyard."