Ellen DeGeneres sparks backlash after a joke about self-quarantine 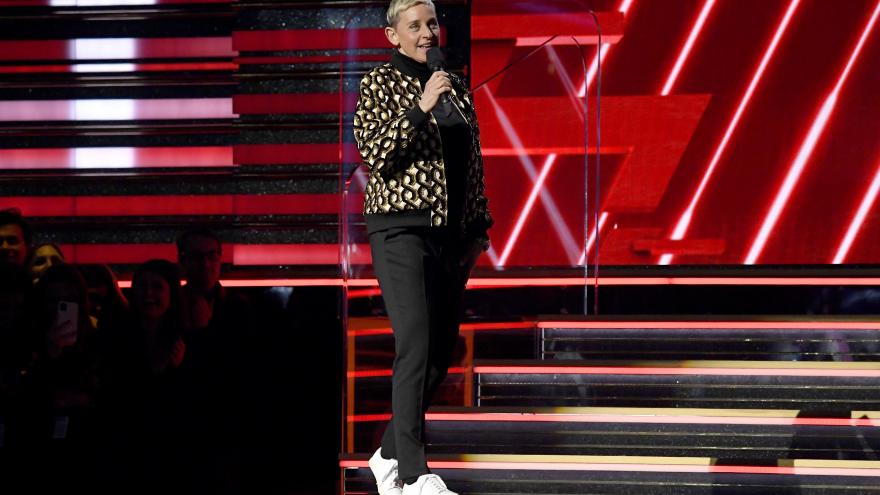 By Alicia Lee, CNN
(CNN) -- One of Ellen DeGeneres' jokes backfired this week after some people called her out for comparing self-quarantining during the coronavirus pandemic to "being in jail."

The popular host, who like many TV hosts has made her show virtual amid stay-at-home orders, said the comment while broadcasting to viewers from her home on Monday.

"One thing that I've learned from being in quarantine is that people -- this is like being in jail, is what it is," she said. "It's mostly because I've been wearing the same clothes for 10 days and everyone in here is gay."

The video, which as of Wednesday afternoon was listed as "unavailable" on YouTube, was deemed "tone deaf" by some viewers, who responded to the episode in the comments section of the platform.

Still, some said they felt the joke came off as insensitive. Her comment comes at a time when prisons across the US are seeing an increase of inmates testing positive for the novel coronavirus.

"Sitting inside her fifteen million dollar mansion complaining and comparing it to a prison, very tone deaf ellen," one viewer commented on YouTube.

"Except that people in jail can't practice social distancing, don't have enough water or toilet paper and are going to die at exceptional rates from Covid-19. Except for that, Ellen, your quarantine experience is just like being in jail," another person tweeted.

CNN has reached out to a representative for DeGeneres for comment.

DeGeneres hosted the "at-home edition" of the show with her wife Portia de Rossi serving as camera operator and director, and their dog, Augie, as key grip, she joked.

Her previous videos from self-quarantine -- including one of her virtually hanging out with former First Lady Michelle Obama -- have been more well-received.

DeGeneres is not the only celebrity whose attempts at outreach during the coronavirus outbreak have backfired.

Last month, actress Gal Gadot received some criticism after posting a video of her and other celebrities singing "Imagine" by John Lennon.

"Imagine -- IMAGINE -- having $17 million dollars and thinking that making a video clip of you singing one line of a song would help anyone," GQ writer Sophia Benolt tweeted.