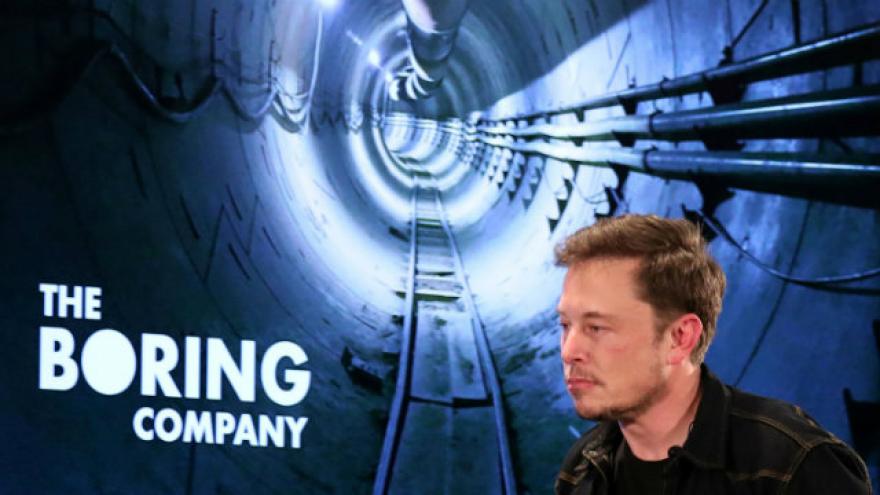 Elon Musk\'s underground transport system could be a reality as early as December. Photo courtesy Reuters

(CNN) -- Elon Musk's underground transport system could be a reality as early as December.

Musk said on Twitter Sunday that the tunnel being dug to test the Loop, his traffic beating vehicle transport idea, will be complete on December 10. Once it's ready, Musk is throwing a party.

He announced an opening event that night and free rides for the public starting the next day.

The tech entrepreneur has been touting the benefits of tube transport for a number of years. In 2016 he launched The Boring Company to dig tunnels under Los Angeles, with the intention of installing a network of electric "sleds" that could move vehicles at speeds of up to 125 mph.

The tunnels could also accommodate Hyperloop pods, the train cars designed to travel in vacuum sealed tubes and shuttle people and materials between cities at speeds as high as 600 mph.

He penned a white paper in 2013 called Hyperloop Alpha that hyped the technology. He predicted that a vacuum tube train system could move people and material at at more than 600 mph.

While Musk was one of the early advocates of concept of a Hyperloop, several companies and universities are working on their own versions, including Virgin Hyperloop One, which has Richard Branson as its chairman and an investment from Virgin Group.