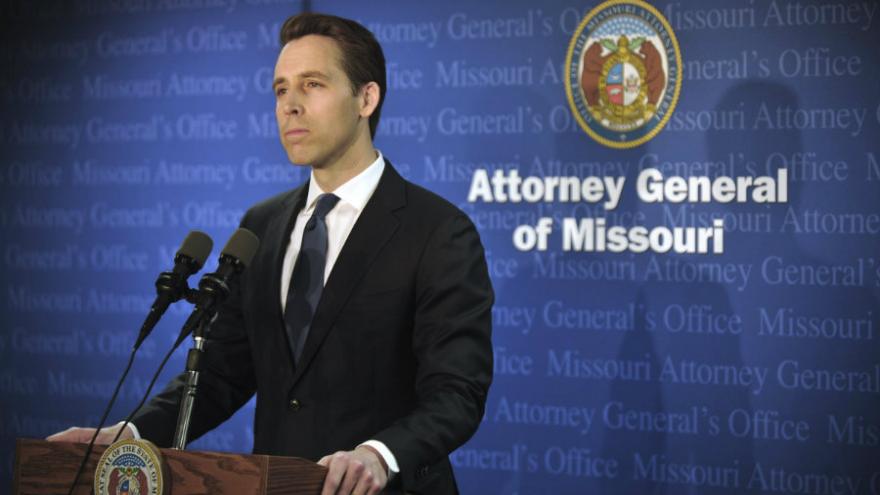 (CNN) -- Embattled Missouri Governor Eric Greitens announced on Tuesday he will resign over the scandals that have dominated his tenure.

The Republican governor has been embroiled in controversy after facing accusations of sexual misconduct and misusing a charity donor list.

Greitens did not admit to legal wrongdoing during a press conference where he announced his resignation, saying that while he is "not perfect," he has "not broken any laws, nor committed any offense worthy of this treatment."

Greitens indicated, though, that the scrutiny he faces had become too intense to continue on as governor.

"This ordeal has been designed to cause an incredible amount of strain on my family," he said. "Millions of dollars of mounting legal bills, endless personal attacks designed to cause maximum damage to family and friends. Legal harassment of colleagues, friends and campaign workers and it's clear that for the forces that oppose us, there is no end in sight. I cannot allow those forces to continue to cause pain and difficulty to the people that I love."

The resignation will take effect at 5 p.m. on Friday, Greitens said.

In late April, Greitens was indicted on a felony charge of computer tampering tied to his campaign's alleged use of a charity donor list.

"The time has come though to tend to those who have been wounded and to care for those who need us most," Greitens said. "So, for the moment, let us walk off the battlefield with our heads held high. We have a good and proud story to tell our children. Let's love them, and each other every day."

Greitens did not take questions from assembled reporters.

This story is breaking and is being updated