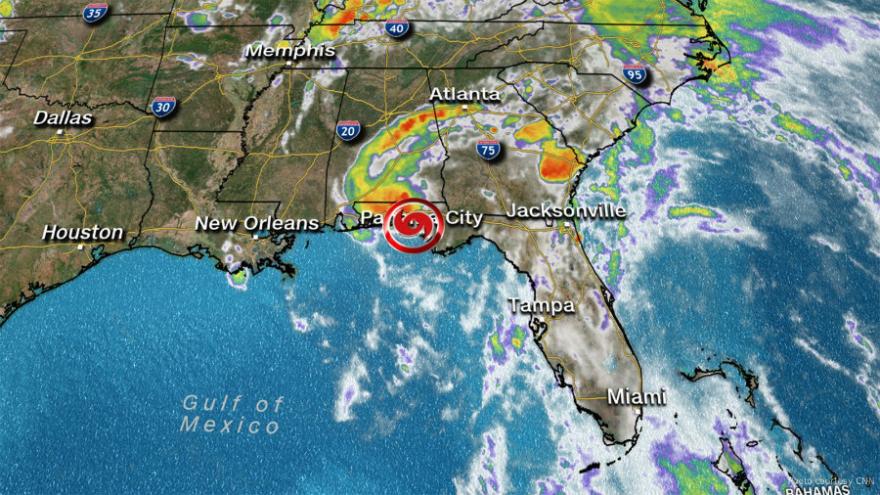 (CNN) -- Gov. Roy Cooper will declare a state of emergency Wednesday for the western part of North Carolina, the governor's office said in a statement. 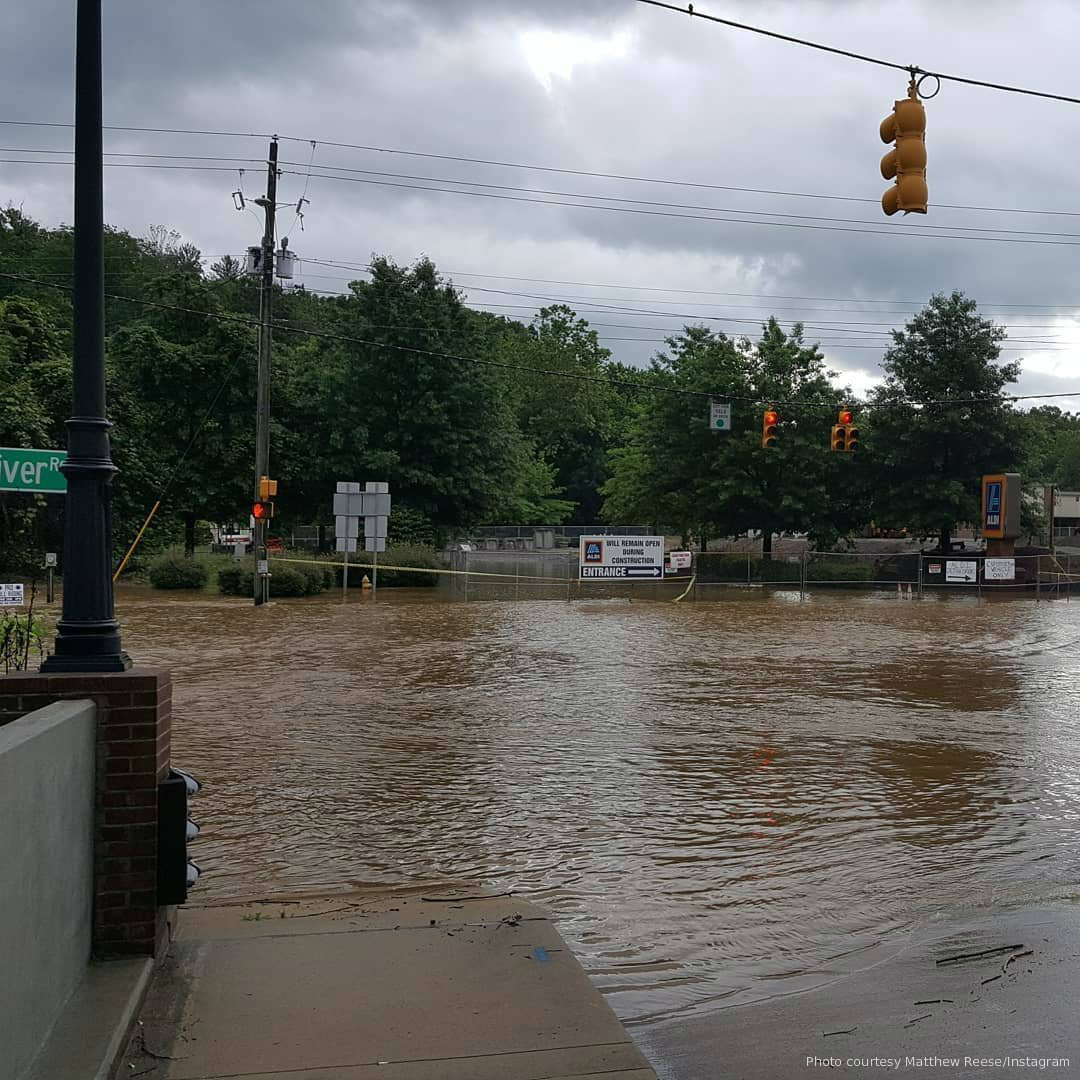 The announcement follows heavy rains that slammed the mountainous area Tuesday and Wednesday, causing mudslides and forcing evacuations and road closures -- including a portion of Interstate 40. "Our emergency response and transportation crews have been working through the night to keep North Carolinians safe as conditions deteriorate," Cooper said.

" ... this storm isn't yet over. I'm urging people to keep a close eye on forecasts and flood watches, and asking drivers to use caution especially when traveling in our western counties."

The emergency declaration will help the state coordinate its response and "prepare for any additional impacts," the statement said.

In the last 24 hours, 4 to 7 inches of rain slammed parts of a region that had been hit by frequent rain for a couple of weeks. And in the next couple of days, there will be a threat of flash flooding as storms persist, the governor's office said.

Residents and businesses near Lake Tahoma Dam appear to have dodged potential disaster Wednesday, after emergency officials called off evacuations.

Heavy rains and a landslide in nearby mountains had "compromised the integrity" of the dam and triggered urgent calls for mandatory evacuations, McDowell County emergency officials had said earlier. 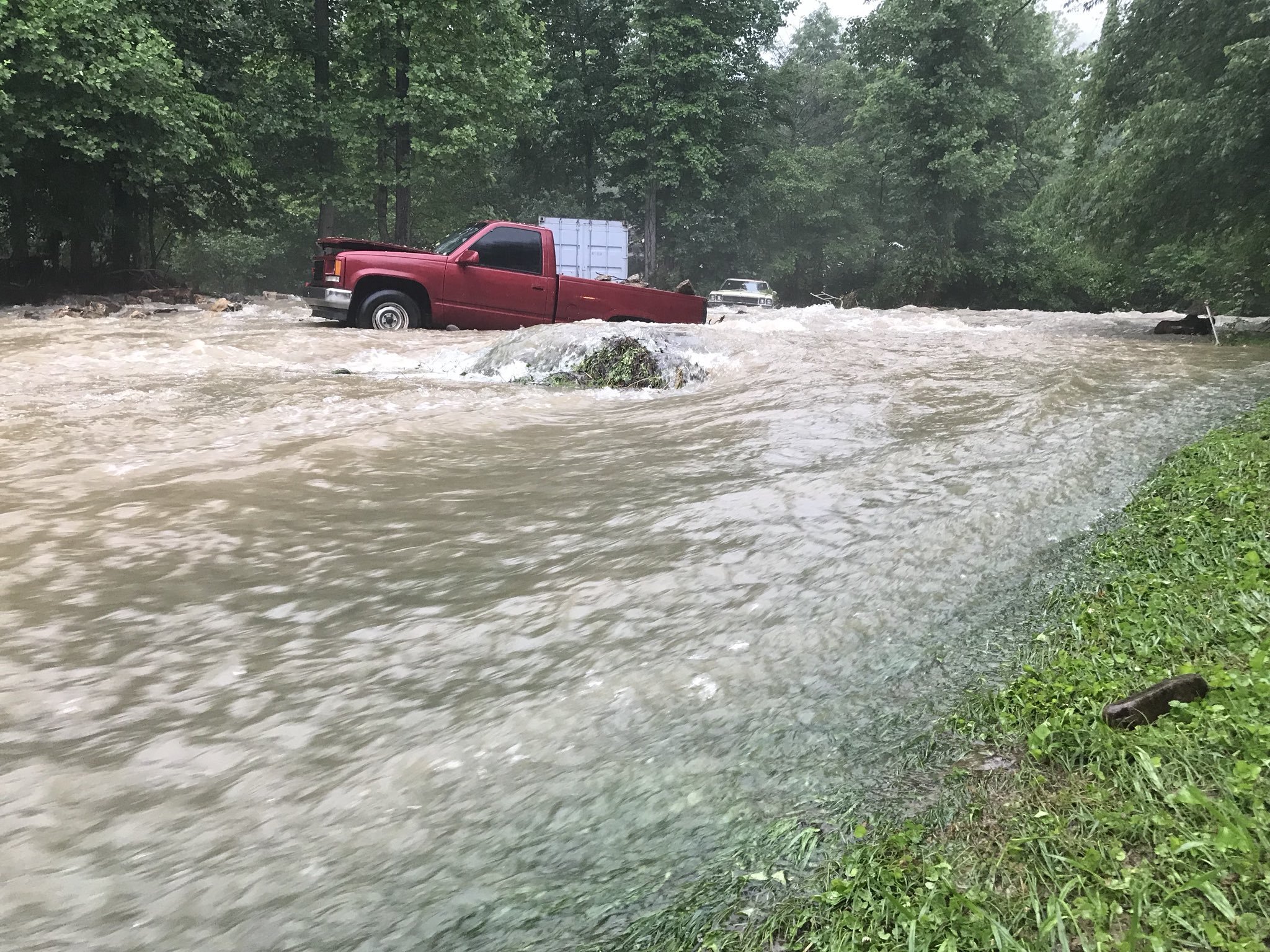 The dam was "at risk of imminent failure," officials said. The National Weather Service also cited reports from officials that water was spilling around the sides of Lake Tahoma Dam and that evacuations were ongoing.

"Please remain alert for additional updates, as additional rainfall is expected this afternoon. We appreciate the public's understanding during this storm."

There was also a mandatory evacuation of downtown Old Fort in McDowell County because of flooding, the governor's office said.

The National Weather Service said a flood warning in McDowell remains in effect through 4:30 p.m. The governor's office said Lake Tahoma and other dams, including Lake Lake Lure, Tuxedo and North Fork Lake are being monitored.

Deadly subtropical depression Alberto, the storm system that has been drenching the Southeast, has caused landslides, evacuations and flash flooding. 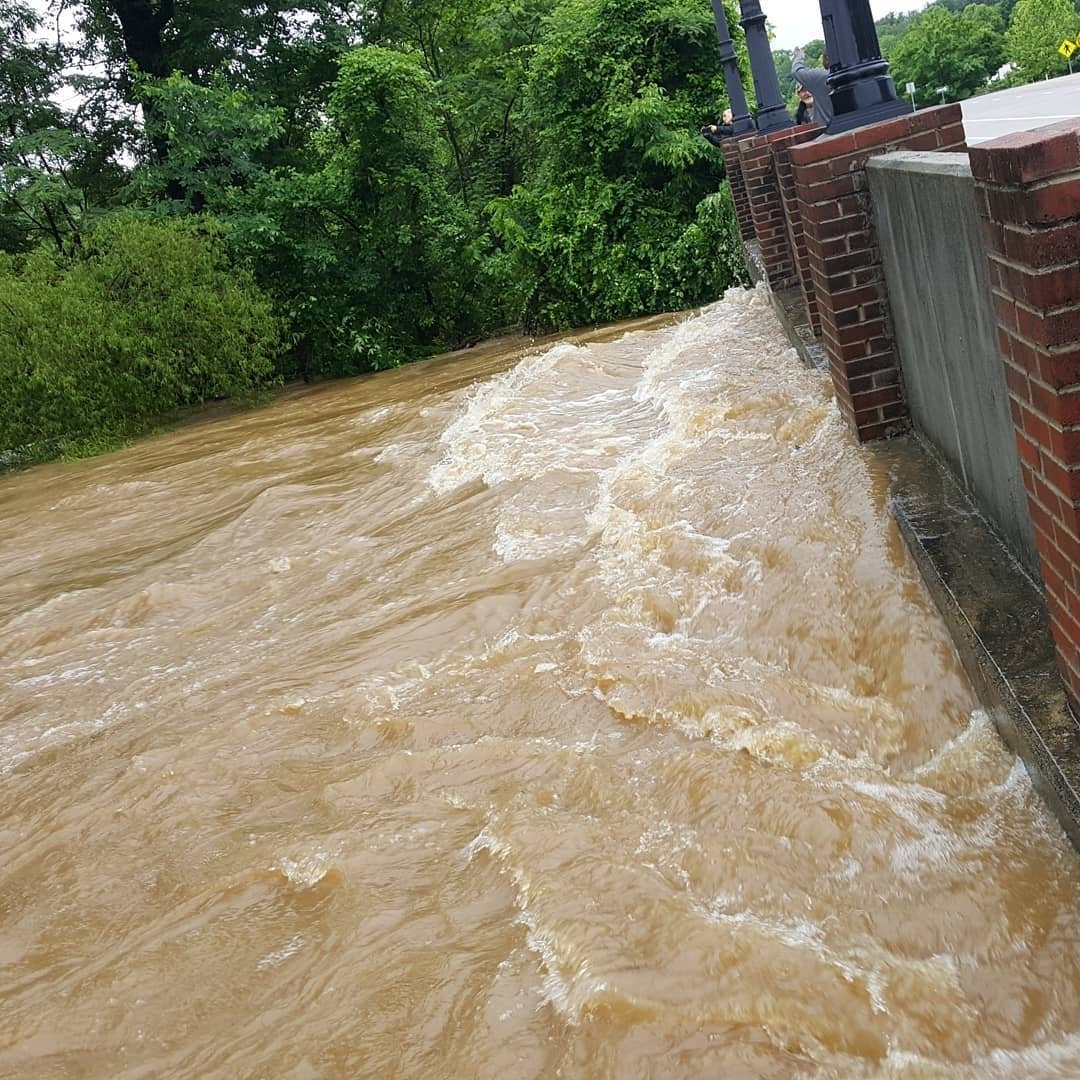 The North Carolina Department of Transportation has been working through the day to assess damage and remove debris.

In Rutherford County, the Town of Lake Lure and Chimney Rock Village declared a state of emergency amid high water levels in the Rocky Broad River, officials said on the town's Facebook page.

"Following more than six inches of rain overnight in many areas of Western North Carolina, numerous residents are without power this morning in the Lake Lure area, as many trees are down and roads blocked," Lake Lure said in a Facebook post.

Hickory Nut Falls Campground and the Rivercreek Campground have been evacuated, the town said.

"The Town has had to repeatedly open the floodgates just to balance the continually rising river levels from the Upper Hickory Nut Gorge," Lake Lure said. "Residents living along the river and in other low-lying areas or areas prone to landslides are urged to take higher ground immediately." 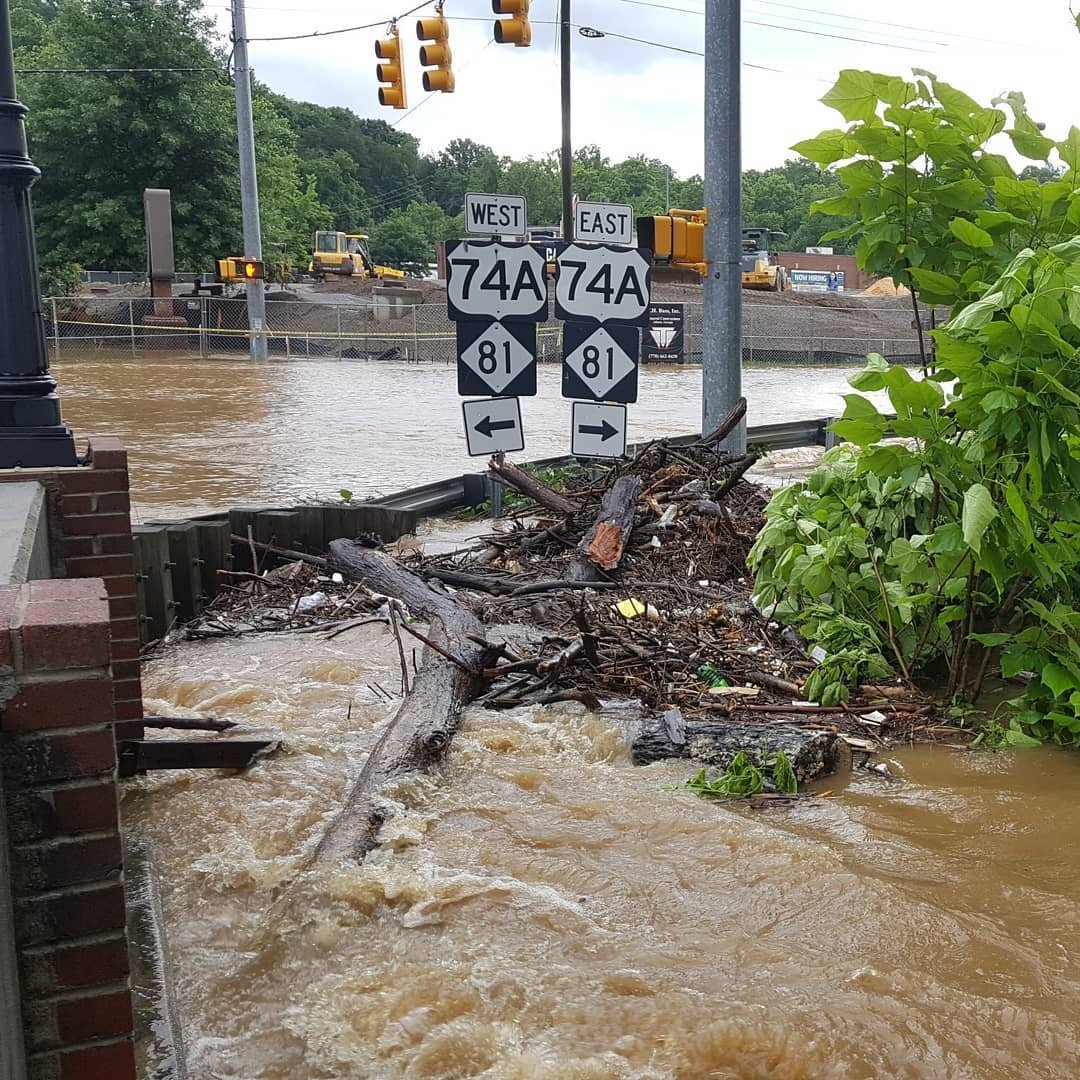 There is also a flash flood emergency in Marion, about 20 miles west of Asheville, where 4 to 6 inches of rain has fallen, CNN meteorologist Dave Hennen reported. Life-threatening flash flooding is being reported along the Catawba River and its tributaries there.

The city of Asheville has reported road and park closings and school delays. It is managing water releases from the North Fork Reservoir Dam.

In Buncombe County, a licensed care facility and mobile home parks were evacuated, according to the governor's office.

More than 6,500 power outages in western counties were reported. Search and rescue teams were deployed. Most outages were in Henderson, McDowell Cleveland, Buncombe, Swain and Transylvania counties.

Alberto weakened to a subtropical depression Monday, but millions of people in parts of Alabama, Tennessee, Georgia and Kentucky were still under flash flood watches for much of Tuesday. 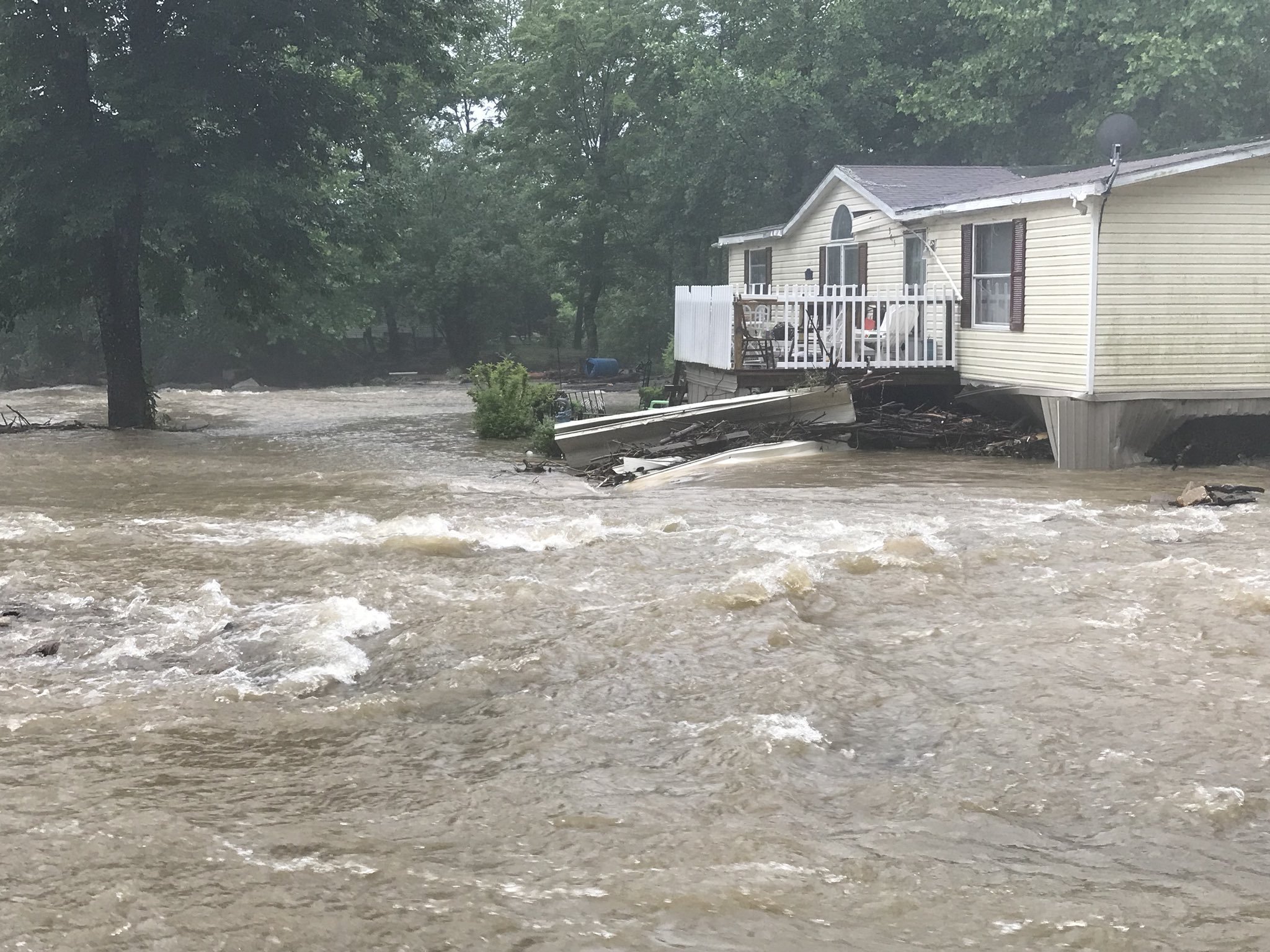 Heavy rainfall drenched parts of northern Georgia, the western Carolinas and Tennessee on Tuesday, increasing the threat of flash flooding in those areas, the National Weather Service said.

After moving into the Tennessee Valley, the system is forecast to head into the Ohio Valley and Great Lakes region Wednesday and Thursday, according to the National Hurricane Center.

Florida, Mississippi and Alabama -- the three states bearing the brunt of the storm --declared emergencies ahead of Alberto.

On Monday, two journalists from South Carolina-based CNN affiliate WYFF were killed in Polk County, North Carolina. A tree fell on their SUV as they covered the hazardous weather, the station said.

Alberto made landfall Monday afternoon as a subtropical storm in the Florida Panhandle, reaching maximum sustained winds of 45 mph as it arrived in Laguna Beach, according to the hurricane center.