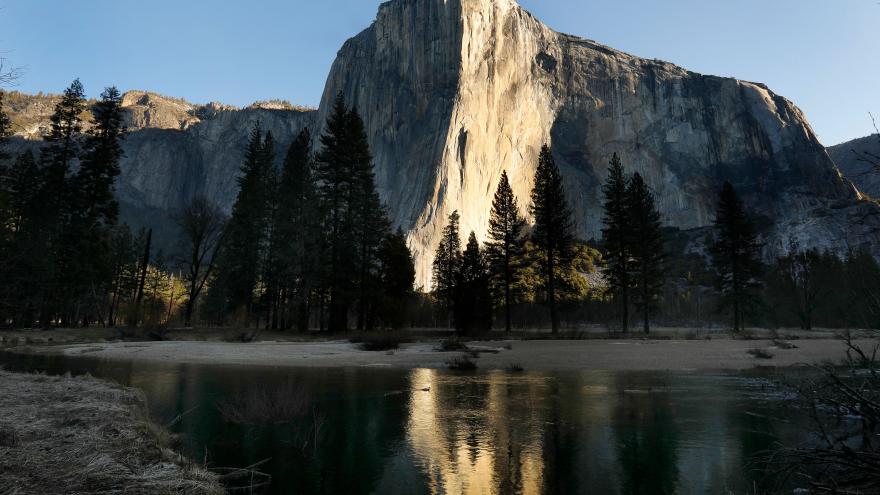 (CNN) -- Only three people -- all men -- had ever free-climbed El Capitan in Yosemite National Park in under 24 hours. But now a woman is the fourth.

Emily Harrington, 34, scaled the massive 3,000-foot granite face on Wednesday as the nation focused on developments in the presidential election.

Harrington became the first woman ever to complete the task in less than a day, scaling El Capitan in 21 hours and 13 minutes.

"I never believed I could actually free climb El Cap in a day when I first set the goal for myself," she said in an Instagram post.

"It didn't seem like a realistic objective for me," she said. "I didn't have the skills, fitness, or risk profile to move so quickly over such a large piece of stone. But I chose it exactly for that reason. Impossible dreams challenge us to rise above who we are now to see if we can become better versions of ourselves."

Harrington said she started climbing at 1:34 am on November 4. She shared some of the challenges she faced, including a slip that left her with a gash on her forehead. She later admitted it "almost took (her) resolve."

"I pulled on again," she said, "part of me not really wanting to stay on the wall, the other part gathering courage and flow. I kept thinking 'why am I still hanging on?'"

She successfully climbed past the spot where she failed a year before, when a nasty fall stopped her ascent.

"I cried at the belay - it could happen this time....The final 5 pitches felt scary in my current state but I pulled over the final lip at 10:30pm in disbelief," she said.

"There's a lot more to say but mostly I wanted to express my gratitude for the love and support from friends, family, and strangers. I feel the love so intensely right now. Thank you all," Harrington said.