Endangered turtle returned to ocean after rescued off the Oregon coast 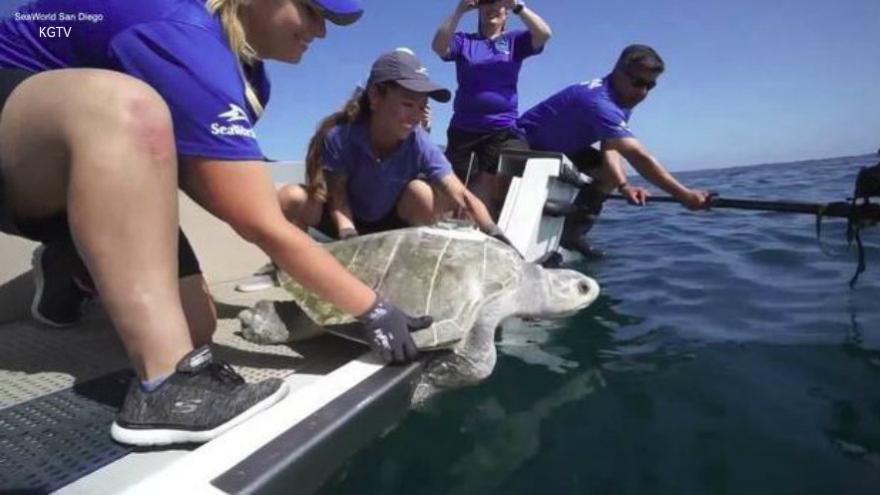 SAN DIEGO, Calif. (KGTV) -- SeaWorld Wednesday released an endangered turtle rescued off the Oregon coast back into the ocean.

The olive ridley sea turtle named Coral was rescued after being found stranded on an Oregon beach.

SeaWorld says the 18 to 25-year-old turtle was taken to a Seattle aquarium for rehabilitation before being flown to San Diego for more treatment.

Once the ocean temperature off the coast became stable around 70 degrees, Coral was released back into her ocean home about 10 miles off the San Diego coast.

Experts installed a tracking device on the turtle’s shell in hopes of tracking Coral’s location as well as ocean temperature.

According to SeaWorld, olive ridley turtles are found throughout the Pacific ocean, though they rarely stray any further north than Southern California.