EPA expands use of pesticide that can be toxic to bees 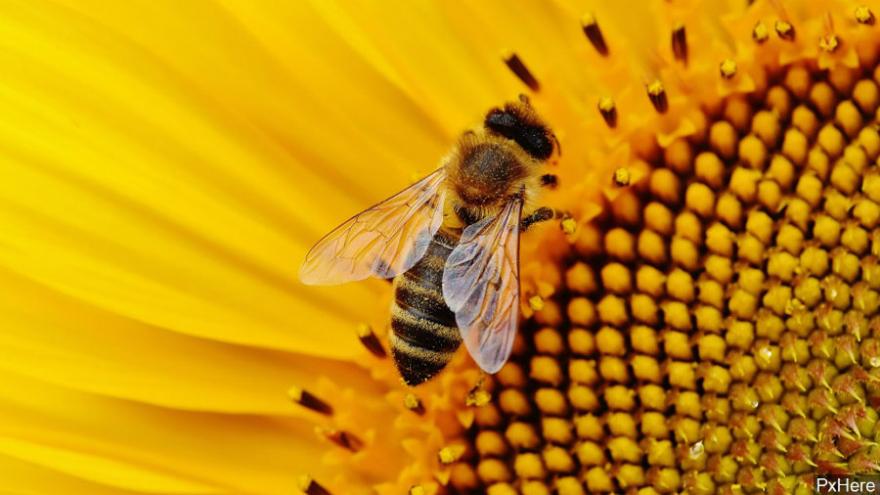 (CNN) -- The Environmental Protection Agency announced Friday that it will approve the expanded use of a pesticide that's known to harm bees and other pollinators.

The insecticide, called sulfoxaflor, will be allowed for use on some crops for the first time and in areas that were prohibited under the Obama administration. An EPA report this week notes that some forms of the pesticide can be "very highly toxic" to bees.

EPA official Alexandra Dapolito Dunn said Friday on a briefing call that the pesticide is the only product that can protect crops to prevent economic losses with a limited environmental impact and "strong protection for pollinators."

She said the EPA had decided to allow the expanded use of the pesticide based on studies that say it disappears from the environment faster than viable alternatives. Dapolito Dunn acknowledged these studies were largely produced by industry groups, but said that is the norm as those groups have the resources to produce the studies.

The EPA will require a statement on product labels that says: "This product is highly toxic to bees and other pollinating insects exposed to direct treatment or to residues in/on blooming crops or weeds. Protect pollinating insects by following label directions intended to minimize drift and reduce pesticide risk to these organisms."

But critics are hammering what they see as the Trump administration's disregard for the threatened bee population.

"The Trump EPA's reckless approval of this bee-killing pesticide ... without any public process is a terrible blow to imperiled pollinators," Lori Ann Burd, a Center for Biological Diversity director and senior attorney, told CNN on Friday.

Last week, the Trump administration announced that it will suspend data collection for its annual Honey Bee Colonies report. The move, which robs researchers and the honeybee industry of a critical tool for understanding honeybee population declines, comes as the Department of Agriculture is also curtailing other research programs.

In 2014, the Obama administration launched a program to address honeybee population losses, directing federal agencies to work toward preserving bee pollinator populations. The Trump administration has gone the other way, reversing an Obama-era rule meant to protect bees from a chemical family that can cause colonies to collapse.