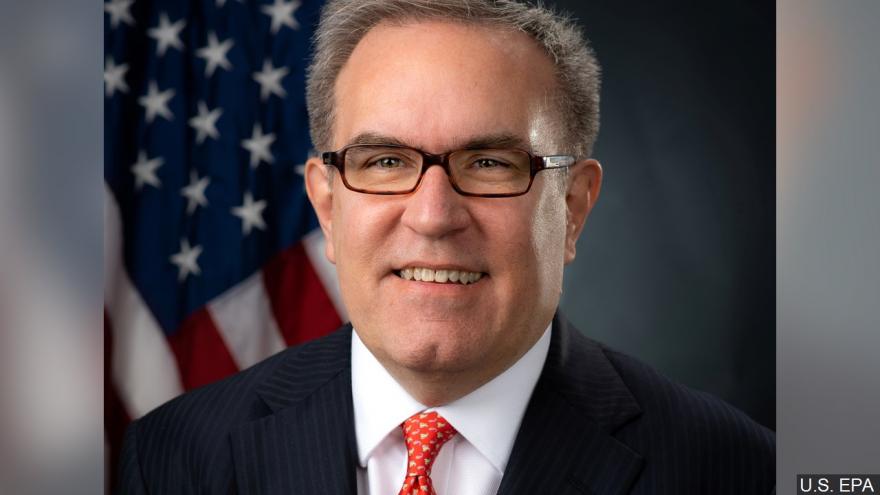 WASHINGTON (AP) — President Donald Trump's nominee to lead the Environmental Protection Agency on Wednesday called climate change "a huge issue" but not the "greatest crisis," drawing fire from Democrats at his confirmation hearing over the regulatory rollbacks he's made in six months as the agency's acting administrator.

Republicans on the GOP-majority Senate Environment and Public Works Committee mostly had praise for Andrew Wheeler, who has served as the agency's acting head since Scott Pruitt's resignation amid ethics scandals in July. The committee chairman, Sen. John Barrasso, R-Wyo., called Wheeler "very well qualified" to take the job.

But Democrats pressed Wheeler about his work as a lobbyist helping an influential coal magnate meet with Trump administration officials before his nomination to the EPA, his moves on deregulation and for what they said was his inattention to the growing dangers from climate change.

"You seem to be consistently doing things that undermine the health and safety of this nation," Sen. Ed Markey, D-Mass., told Wheeler.

Markey asked him why he was pulling back on regulations that proponents say protect human health and the environment.

"I believe we are moving forward" on protections, Wheeler responded.

Wheeler cited changes he had initiated to roll back future mileage standards for cars and autos and to ease Obama-era clampdowns on dirtier-burning coal-fired power plants.

He said EPA staff, whom he did not identify, had concluded that those rollbacks would ultimately lead to health gains. Environmental groups and formal assessments from the EPA and other agencies have contested that, saying the changes would increase pollution and increase harm to people and the climate.

Sen. Tom Carper, D-Del., said the rollbacks in car mileage standards and toxic mercury emissions under Wheeler were examples of unsafe deregulation and went beyond what industries themselves wanted.

"Do you agree that climate change is a global crisis?" Sanders asked, shouting at times.

"I would not call it the greatest crisis," Wheeler said. "I would call it a huge issue that has to be addressed globally."

Wheeler told lawmakers that he had yet to read a massive government climate-change report released late last year that emphasized manmade climate change was already underway.

Wheeler said he had received one staff briefing so far on the climate-change report. The work of the EPA and other government agencies, the report stresses the massive economic toll expected from increasingly severe wildfires, hurricanes and other extreme weather under climate change.

Wheeler said the news media had seized upon "worst-case scenarios" of the climate report.

"You are a former coal industry lobbyist that is sitting here," Markey responded. "That's the worst-case scenario, what you are proposing here" for easing Obama-era rules meant to clamp down on climate-changing fossil fuel emissions.

The grandson of a coal miner, Wheeler worked for the EPA in the 1990s and later as a longtime Republican Senate staffer.

Democrats pressed Wheeler about his lobbying before joining the EPA, saying his work for coal companies should disqualify him from leading an agency that regulates coal.

Wheeler's lobbying clients included coal magnate Bob Murray, who pushed hard on the Trump administration after the 2016 elections to grant a series of breaks for the sagging domestic coal industry.

Wheeler accompanied Murray to a March 2017 meeting to pitch Murray's list of desired rule rollbacks and other breaks for coal to Energy Secretary Rick Perry.

Wheeler told senators that his main work for Murray had been on health benefits and pensions.

"I did not work on the plan, I do not have a copy of it. I saw it briefly," Wheeler said, referring to Murray's wish list.

Sen. Sheldon Whitehouse, D-R.I., displayed a blown up version of a photo taken of the meeting with Perry, showing Wheeler at Murray's side.

Murray had sought some of the coal breaks that the EPA under Wheeler had since acted on. That included Wheeler signing a rule easing federal regulation of toxic coal ash, removing an Obama rule that pushed electricity providers to move away from dirtier-burning coal plants and targeting an Obama rule limiting emissions of toxic mercury from coal plants.

A watchdog group, Citizens for Responsibility and Ethics in Washington, filed an ethics complaint Tuesday with the EPA's Office of the Inspector General alleging that Wheeler's oversight of those and other rollback proposals at EPA may have violated his government ethics pledge to abstain from regulatory decisions affecting his former lobbying client for at least two years.