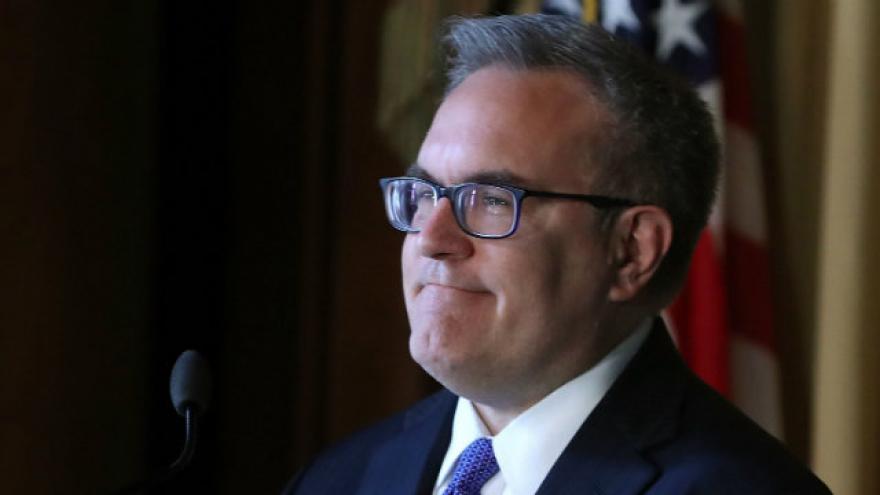 The Trump administration will reverse an Obama-era coal emissions rule as part of its effort to loosen restrictions on the coal industry, just days after a US government report warned that aggressive action is needed to curb greenhouse gases and ease the impact of global warming. Photo courtesy Mark Wilson / Getty Images

(CNN) -- The Trump administration will reverse an Obama-era coal emissions rule as part of its effort to loosen restrictions on the coal industry, just days after a US government report warned that aggressive action is needed to curb greenhouse gases and ease the impact of global warming.

The reversal won't lead to the immediate construction of new coal-fired power plants, but it does send an immediate political signal that the Trump administration is intent on shoring up the coal industry and other energy interests.

"We are rescinding unfair burdens on America's energy providers and leveling the playing field so that new energy technologies can be part of America's future," Andrew Wheeler, the acting administrator of the Environmental Protection Agency and a former coal industry lobbyist, said Thursday.

The rule change would lift restrictions on coal emissions that effectively limited the construction of new plants.

Wheeler argued that the Obama administration was requiring power plants to use costly carbon capture and sequestration technology and that by reversing the rule, businesses would have a greater ability to innovate and invest.

"Their determination was disingenuous," Wheeler said. "They knew that the technology was not adequately demonstrated, which is what is required under the law."

Critics assailed the move. "Trump's proposal is an act of flailing, die-hard climate denial," said Clare Lakewood, a senior attorney at the Center for Biological Diversity who characterized the announcement as "backward-looking posturing."

On the Friday after Thanksgiving, the Trump administration released a congressionally mandated Climate Assessment which warned the planet is getting warmer, human activity is contributing to that warming and that it is approaching a point of no return in terms of the damage to the climate.

Asked whether the EPA was ignoring its climate report, Wheeler said: "We're not ignoring the government report. We're still looking at the report itself."

"As far as what the findings were -- a lot of what the media has focused on, as I said last week, is the worst case scenario in the report," he added.

Also Thursday, the administration moved to roll back restrictions on oil and gas drilling on millions of acres of Western land placed under an Obama-era conservation plan to protect the greater sage grouse.

The combined announcements come as the United Nations hosted a crucial meeting on climate change in Poland, where delegates are working to create an operational plan to turn the 2015 Paris Agreement into workable reality. The US decisions serve as another reminder of the Trump administration's determination to buck global consensus about climate change and the need to act on it.

Just a week ago, the US drew a red line under its determination to oppose international consensus. At the G20 in Argentina, the delegation insisted on adding a graph to the final communique that said the US "reiterates its decision to withdraw from the Paris Agreement, and affirms its strong commitment to economic growth and energy access and security, utilizing all energy sources and technologies, while protecting the environment."

It's not likely that new coal plants will sprout up across the country in the wake of the change as demand for coal drops in the face of cheaper natural gas and sources of renewable energy.

US coal consumption in 2018 is expected to be the lowest since 1979 and fall further still in 2019, as a near-record number of coal plants closed this year, according to an Energy Information Administration report Tuesday.