Erdogan: Turkey does not recognize US ambassador after visa spat 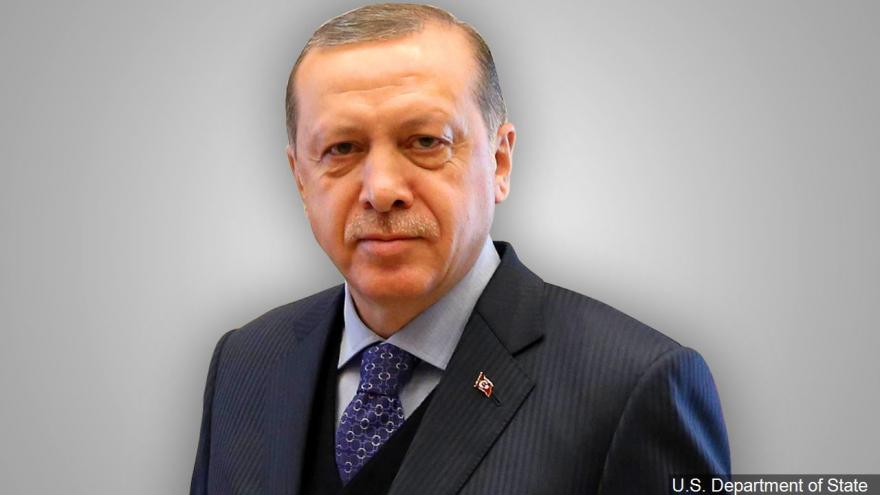 (CNN) -- Turkish President Recep Tayyip Erdogan said Tuesday that his country does not recognize the authority of the current US ambassador, John Bass, after the United States decided to suspend visa services within Turkey on Sunday.

"In fact, this ambassador is doing his farewell visits," remarked Ergodan. "And right now, be it our cabinet ministers, parliament head -- and I personally am not accepting his farewell visit, and will not do so, because we do not see him as a representative of the United States in Turkey -- let me say that clearly."

Speaking at a news conference in Belgrade, Erdogan went on to speculate whether Bass made the decision to suspend visa services without the prior approval of the State Department or White House, an unlikely possibility for which he offered no evidence.

"If he made this decision in his head himself, then higher US authorities should not keep him in his position one minute longer," said Erdogan. "'How can you disparage Turkish-American relations like that? Who gave you that power?' they should say."

The decision to temporarily stop issuing non-immigrant visas at the US embassy and consulates in Turkey came over the weekend, was spurred by the arrest of a Turkish employee working at a division of the embassy tasked with fostering law enforcement cooperation between the two countries.

On Monday, Bass released a video message expressing deep concerns over the arrest and subsequent treatment of the employee, who Turkish authorities have accused of having links to exiled Turkish cleric Fethullah Gulen.

"This arrest has raised questions about whether the goal of some officials is to disrupt the long-standing cooperation between Turkey and the United States," Bass said in his statement. "If true, this would put the people who work with, and work at, and visit our diplomatic facilities at risk."

Bass said the US hopes the suspension of visa services will not last long, but added, "at this time we can't predict how long it will take to resolve this matter."

Earlier Monday, the Turkish government summoned Bass' deputy to the foreign ministry to relay their displeasure with the visa suspension, which appears to be taking a toll on Turkey's currency.

In his remarks Tuesday, Ergodan again accused the jailed employee of links to Gulen, who the Turkish government says orchestrated a failed coup last year.

The staff member, Metin Topuz, is the second embassy employee arrested on such charges in the past year. This led Ergodan to suggest that, "something is going on at the US consulate in Istanbul."

"The US has to determine this," he said. "How did these agents infiltrate the US consulate? If they didn't infiltrate it then who put them there? This needs to be looked at."