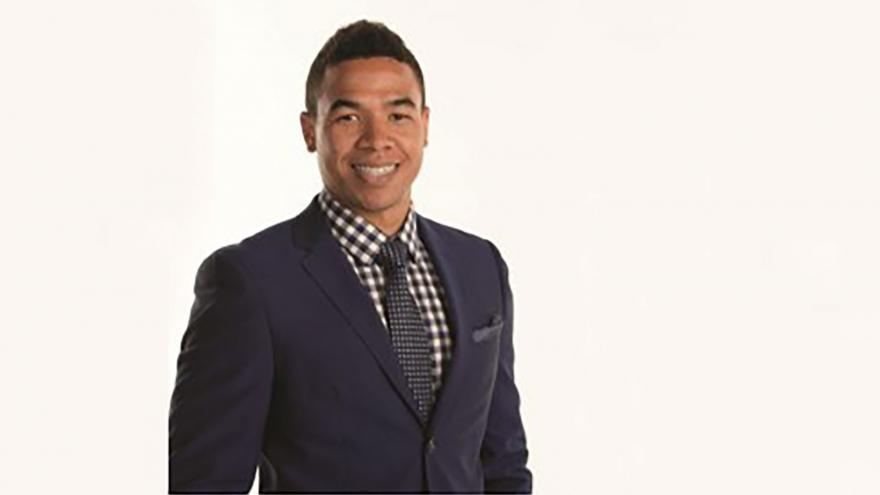 (CNN) -- Edward Aschoff, a college football reporter for ESPN, died Tuesday on his 34th birthday, according to ESPN.

"We are very sorry to have to share the devastating news of the tragic passing of friend and ESPN colleague Edward Aschoff," ESPN said in a statement. "Our thoughts are with his loved ones, including his fiancée Katy."

ESPN said Aschoff died after a brief illness, without providing specifics. Earlier this month, Aschoff tweeted that he had pneumonia, even though he was young and had "a very good immune system."

"Anyone ever had multifocal (bilateral) pneumonia in their early 30s as some who never gets sick and has a very good immune system? Asking for two friends ... my lungs," he tweeted on December 5.

Other tweets said he had a virus for weeks and it "morphed into this monster." He wrote that he went to the emergency room on December 1 after a flight and started on antibiotics the next day

On December 4 he put up an Instagram post where he thanked his fiancee, Katy Berteau, for helping him during an illness.

"Having pneumonia is pretty terrible. Like the absolute worst. But it helps having this sweet angel taking care of you even when she's risking getting this soul-crushing illness herself. All the soup, tea and delicious meals have kept me from crawling into a corner and crying the days away. Love you, babe. Thanks for putting up with my 5 am coughing fits."

It is unknown whether Aschoff had any underlying health issues.

According to ESPN, Aschoff started working for ESPN.com as a reporter based in Atlanta. He moved to Los Angeles in 2017 to begin a more expanded national role that included television coverage.

Over the past three seasons, Aschoff reported from campuses across the country for ESPN.com, SportsCenter, SEC Network and ESPN Radio, and worked as a television and radio sideline reporter during college football games, a release from ESPN said.

His final assignment was at the Ohio State-Michigan football game in Ann Arbor, Michigan, on November 30.

"Ed was one of the smartest, brightest reporters I've ever had the pleasure of working with," ESPN Executive Editor Lauren Reynolds said. "For as good of a reporter Ed was, he was an even better person. He always put people first -- those whose stories he told, and those who had the honor of working alongside him."

Aschoff and Berteau were to be married in New Orleans in April, ESPN said.

His coworkers tweeted out details about his life as they mourned his loss.

"I will not be able to stop crying for a while," tweeted ESPN's Andrea Adelson. "The world lost a light, and we all lost a friend, but more than that, his fiancee lost her soulmate and I pray for her and his family and everyone who loved him to find the strength to move forward. I already miss you so much, Ed."

"Edward Aschoff was one of my closest friends," ESPN reporter Kyle Bonagura said. "He was was one the most genuine, enthusiastic, personable people I've ever and he made the world a better place. Today is unspeakably sad and I'm devastated for Katy and his family."

ESPN reporter Jeff Darlington shared a letter in which Aschoff, then a student at the University of Florida, shared his growing passion for sports writing.

"I love it, and this is what I want to do," Aschoff wrote in asking Darlington for some career advice.