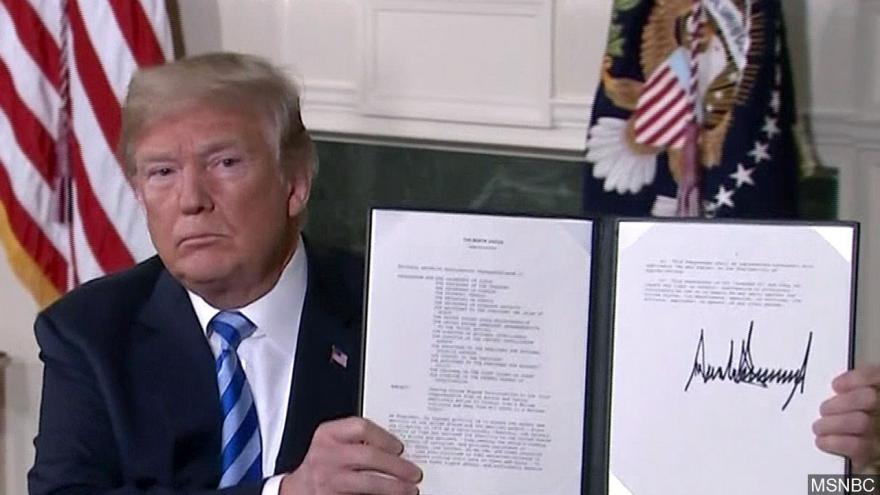 BEIJING (AP) — The Iran nuclear deal will not "fall apart" despite the United States withdrawing from the landmark accord, the European Union's representative to China said Wednesday.

The EU believes "that this is an agreement which belongs to the international community," ambassador Hans Dietmar Schweisgut said during a press briefing in Beijing. "This is not an agreement that will fall apart if you just walk away."

Negotiated by the Obama administration, the 2015 Iran accord included EU members Germany, France and Britain, and had lifted most U.S. and international economic sanctions against Iran. In exchange, Iran agreed to restrictions on its nuclear program, making it impossible to produce a bomb and establishing rigorous inspections.

Speaking at an event to mark Europe Day, Schweisgut also urged Beijing to create a "level playing field" for European businesses operating in the country, warning that failure to do so could affect foreign investment.

Since 2013, Beijing and the EU have been negotiating a comprehensive investment agreement that seeks to improve transparency and reciprocity. As trade tensions simmer between China and the United States, Schweisgut said he hopes "the current international context" will encourage China to move forward with their talks.

"The level playing field we have been arguing for a long time needs to be established, otherwise I'm afraid that there may be a change in mood and atmosphere which we are already seeing emerging," he said.