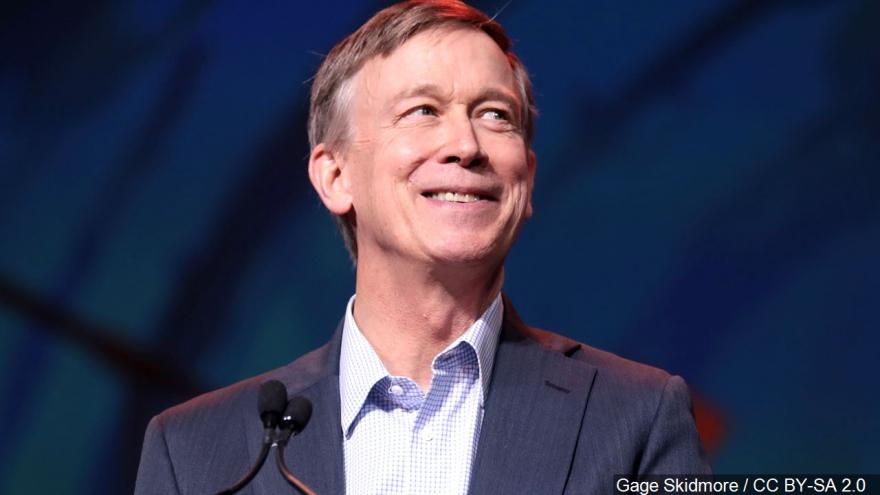 WASHINGTON (AP) — Former Colorado Gov. John Hickenlooper said Thursday that he will run for the U.S. Senate, becoming the immediate front-runner in a crowded Democratic field vying for the right to challenge Republican incumbent Cory Gardner.

He made his announcement via a video message in which he blasted Washington lawmakers over soaring prescription drug prices, the failure to act on climate change and the use of public lands by developers.

"I know changing Washington is hard, but I want to give it a shot," he says. "I'm not done fighting for the people of Colorado."

Hickenlooper last year brushed off entreaties from Washington Democrats to challenge Gardner, widely seen as the most vulnerable Republican senator in the country. Instead he mounted a longshot presidential campaign that collapsed before it ended in mid-August. Many Colorado Democratic and Republican strategists began to view a Hickenlooper entry into the Senate race as inevitable at that point.

Hickenlooper, an oil geologist turned brewpub owner who decided to run for Denver mayor in 2003 and won two gubernatorial elections, has loomed over Colorado politics for two decades. But his moderate, consensus-oriented approach may not be as good a fit in a state shifting to the left. Numerous Democrats — all younger than the 67-year-old former governor — announced their challenges to Gardner after Hickenlooper shifted his sights to the White House, and none has indicated he or she would step aside now. Indeed, one, state Sen. Angela Williams, warned "this won't be a coronation."

Some of the candidates raised almost as much campaign money as Hickenlooper did in his brief presidential bid. But national Democrats have been nervous that a messy and expensive primary would lead to a damaged challenger facing Gardner, widely acknowledged as a skilled politician and fundraiser. Though he will have to fight for the nomination, Hickenlooper is widely viewed as the front-runner because of his high name identification in the state and good standing among its Democrats.

Though Hickenlooper initially strongly rejected the idea of running for the Senate, saying he wasn't cut out for the job, he reined in his denials as his presidential campaign stumbled. Hickenlooper kept conversations open with the top Senate Democrat, Chuck Schumer, who continued to press him to run. Democratic groups commissioned polls to convince him that he'd be the favorite, and a group that advocates for scientific-minded members of Congress started a draft Hickenlooper campaign.

Hickenlooper was not very involved in the details of legislative horse-trading during his eight years as governor and is known to yearn for an executive role. But, given the record of his presidential run, the Senate race seemed like his best path to Washington. Republicans hope that the governor damaged his reputation with his presidential bid and that the Democratic Party's generational struggles will wound him further in the primary.