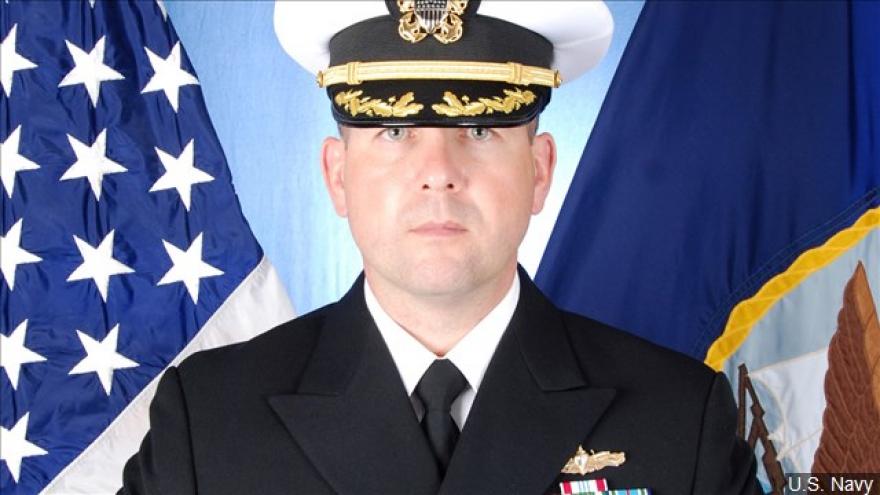 (CNN) -- The US Navy announced Tuesday that the former commanding officers of the USS Fitzgerald and USS John S. 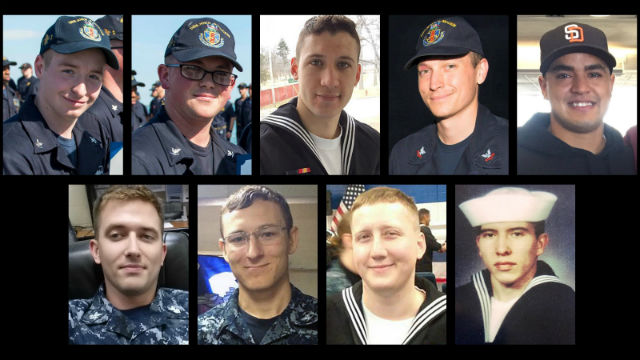 "After careful deliberation, today Adm. Frank Caldwell announced that Uniform Code of Military Justice charges are being preferred against individual service members in relation to the collisions," a Navy statement said.

Court-martial proceedings will be convened to review evidence supporting possible criminal charges against several members of the USS Fitzgerald, according to the service.

"The members' ranks include one commander (the commanding officer), two lieutenants, and one lieutenant junior grade. The charges include dereliction of duty, hazarding a vessel, and negligent homicide," the Navy said. 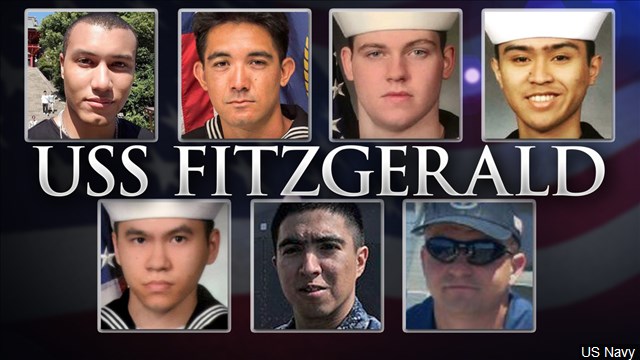 The collision between the Fitzgerald, a guided-missile destroyer, and the ACX Crystal on June 17, 2017 claimed the lives of seven US sailors. It took place 56 nautical miles off the coast of Honshu, Japan, in an area heavily traveled by commercial shipping.

For the USS John S. McCain, one court-martial proceeding, or Article 32 hearing, will be convened to review evidence supporting possible criminal charges against one commander -- the commanding officer -- the Navy said.

"The announcement of an Article 32 hearing and referral to a court-martial is not intended to and does not reflect a determination of guilt or innocence related to any offenses," US Navy Capt. Gregory Hicks said. "All individuals alleged to have committed misconduct are entitled to a presumption of innocence."

The Navy also said there will be additional administrative actions for members of both crews including non-judicial punishment for four Fitzgerald and four John S. McCain crewmembers.

Another Navy admiral steps down early

US Navy Vice Adm. Thomas Rowden also announced Tuesday that he will depart his post on January 18 in the wake of last year's fatal incidents.

"This was a difficult decision to make, but I make it with the best interest of the surface warfare community and the Navy in mind," the statement said.

The entire leadership of the US Navy's 7th Fleet and the larger Pacific Fleet have come under increased scrutiny following the incidents involving the USS John S. McCain and the USS Fitzgerald.

In August, the Navy took the unprecedented step of dismissing the 7th fleet commander, Vice Adm. Joseph Aucoin, of command.

Data submitted by the Government Accountability Office in response to questions from Rep. Joe Courtney, a Connecticut Democrat, confirmed CNN's previous reporting that the crews of both the McCain and Fitzgerald failed to fulfill key training qualifications ahead of the incidents that occurred this summer.

The deadly destroyer accidents -- along with two Navy cruiser collisions in the Pacific last year -- prompted the dismissal of Aucoin, as well as multiple reviews of the way the Navy trains, maintains and deploys its fleet, which is stretched thin.

Rowden was expected to retire but has moved up his departure.

"In December, the Senate confirmed Rear Adm. Richard Brown to be the next commander of Naval Surface Forces and Naval Surface Force, US Pacific Fleet. The surface warfare community will be in good hands as Rich is a superb and talented naval officer," Rowden said.

"In this job, I've spent three and a half years traveling around the world spending time with our surface force and the men and women who bring life, energy and purpose to our ships. I've loved," he added.