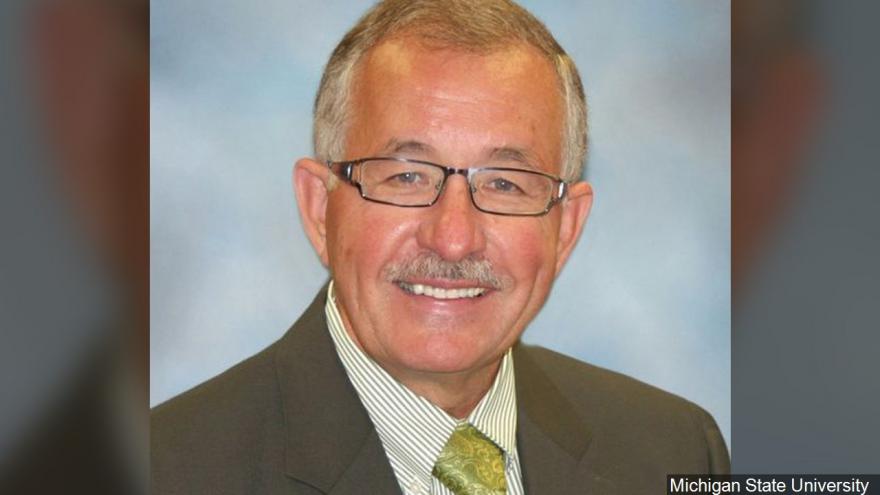 LANSING, Mich. (AP) — A former Michigan State University dean with oversight of now-imprisoned sports doctor Larry Nassar was ordered Wednesday to serve up to a year in jail after being convicted of neglect of duty and misconduct in office that stemmed from claims he sexually harassed students.

William Strampel learned his fate during a hearing in a Lansing courtroom, nearly two months after the College of Osteopathic Medicine's ex-dean was convicted of those charges . He was acquitted of the more serious criminal sexual conduct charge.

Strampel, 71, faced up to five years in prison on the felony misconduct conviction, resulting from accusations he used his public office to sexually harass, demean and proposition students who met with him to discuss academic issues. He also was convicted of willfully neglecting a duty to monitor Nassar after protocols were put in place requiring that a third person be present in the exam room for sensitive procedures and limiting skin-to-skin contact — misdemeanors punishable by up to a year in prison.

Defense attorney John Dakmak recommended probation, citing concerns about his client's health and service to the school, state and nation. Dakmak said Strampel was tough on students but rooted "for the underdog," and his time leading the medical school included increasing admission of women and their faculty participation. Strampel spoke only briefly, saying he did not want to drag out the proceedings.

"The jury has spoken and we're not hiding from that," Dakmak said. "We understand he has been found guilty. To answer for that doesn't mean we disregard a life ... of service."

During Strampel's trial, multiple former medical students testified about sexual comments and innuendo he made during one-on-one meetings — saying they did not report the inappropriate behavior because of the power he had over their futures in medicine. They accused him of staring at their breasts. Women who worked as model patients during exams also testified about unprofessional and sexual comments.

"Why was he so confident he could get away with it?" she said. "It makes me wonder how many other people he had done this to. He was supposed to protect us and he chose to betray us."

Strampel was the first person charged after Michigan's attorney general launched an investigation in 2017 into how Michigan State handled complaints against Nassar, who pleaded guilty to molesting patients and possessing child pornography.

Michigan Attorney General Dana Nessel said in a statement she appreciated the court's "commitment to ensuring justice in this case was served."

"While Mr. Strampel's sentence will never give back the years of pain and suffering his victims had to endure, the persistence of these courageous survivors made certain that he could no longer hide behind the title he once held to escape the reach of justice," she said.