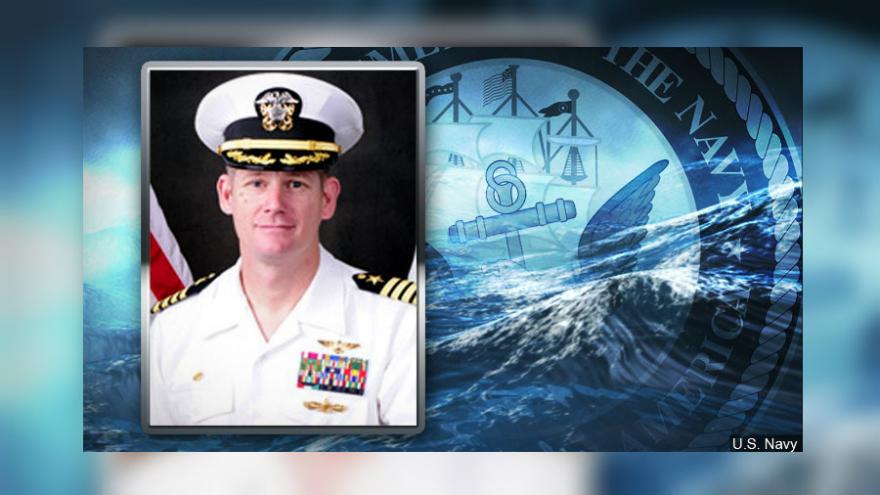 (CNN) -- A former commander at US Naval Station Guantanamo Bay, Cuba, was arrested in Jacksonville, Florida, on Wednesday and charged with obstruction of justice, concealment, falsifying records and making false statements during an investigation into the death of a civilian worker who drowned near the base in 2015.

Navy Capt. John Nettleton is accused of interfering with a probe related to the death of Christopher Tur, a loss prevention safety manager at the facility's Naval Exchange who was found dead in waters near the military facility on January 11, 2015, according to the indictment returned by a federal grand jury.

An autopsy revealed that Tur had suffered injuries prior to his drowning.

At the time of Tur's death, Nettleton was the commanding officer of the naval base at Guantanamo Bay but not the detention facility at the same location.

He has been charged with two counts of obstruction of justice, one count of concealing information, two counts of falsifying records and five counts of making false statements.

Nettleton's attorney did not immediately respond to requests for comment.

According to the unsealed indictment, Nettleton did not tell his senior officers that he and Tur had been involved in an altercation the day before Tur was reported missing.

Court documents say Tur confronted Nettleton at a party at the Guantanamo officers' club on January 9 with allegations that Nettleton and Tur's spouse had engaged in an extramarital affair.

Later that evening, Tur went to Nettleton's residence, where he was injured when a physical altercation occurred, the indictment states.

"Despite knowing that Tur had been at his residence and injured during the altercation, Nettleton falsely informed his superior officers and other Navy personnel that Tur had last been seen at the Officer's Club the night before," according to details released by the Department of Justice.

"Nettleton also did not report that Tur had accused him of the extramarital affair, that Nettleton and Tur had engaged in a physical altercation at Nettleton's residence, or that Tur had been injured," the department said.

Additionally, the indictment accuses Nettleton of withholding this information and of making false statements during the search for Tur and the subsequent investigation into the circumstances surrounding his death.

After Tur's body was discovered, Navy investigators received an anonymous complaint alleging that Nettleton and Tur's wife had an extramarital affair and had been "engaging in physical contact" the night before Tur was reported missing, according to the indictment.

Nettleton and Tur's wife continued to deny the allegations when asked by investigators but the indictment says they discussed their relationship after Tur's wife was interviewed by the Naval Criminal Investigative Service. The court documents say that Tur's wife informed Nettleton she had denied the affair and told him she believed their relationship was "none of their business."

Nettleton agreed, according to the indictment.

Nettleton was relieved of duty in January 2015 after Tur's death "due to loss of confidence" in his "ability to command," the Navy said.