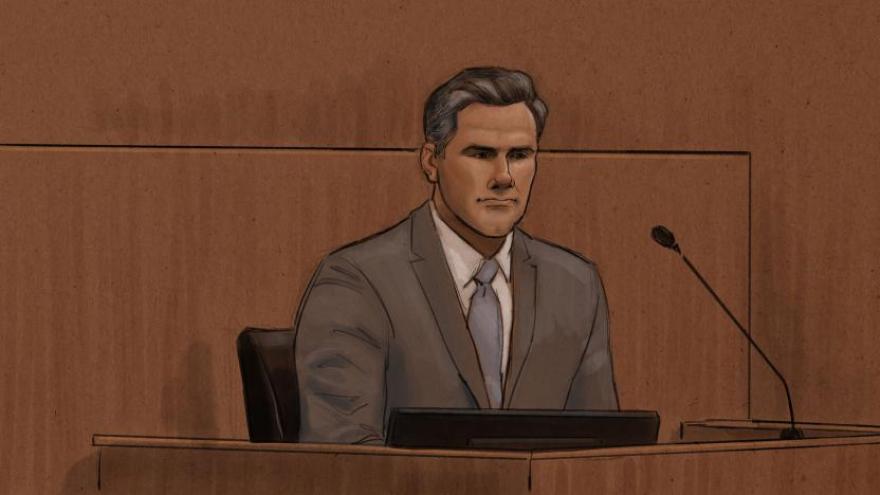 Former Minneapolis Police officer Thomas Lane pleaded guilty to second-degree manslaughter May 18 related to his role in the killing of George Floyd in May 2020, Minnesota Attorney General Keith Ellison said in a statement.

"I am pleased Thomas Lane has accepted responsibility for his role in Floyd's death," Ellison said. "His acknowledgment he did something wrong is an important step toward healing the wounds of the Floyd family, our community, and the nation. While accountability is not justice, this is a significant moment in this case and a necessary resolution on our continued journey to justice."

Lane's attorney Earl Gray did not immediately respond to CNN's request for comment on Wednesday.

Lane, Tou Thao and J. Alexander Kueng faced state charges of aiding and abetting murder and aiding and abetting manslaughter for their actions -- or lack thereof -- as their colleague Derek Chauvin pressed his knee into the neck and back of Floyd, who was handcuffed and lying on his stomach, for over nine minutes.

During the arrest, Lane held down Floyd's legs, Kueng held down Floyd's torso, and Thao stood nearby and kept a crowd of upset bystanders back. Harrowing video taken by a bystander showed Floyd, a 46-year-old Black man, desperately pleading for them to let him breathe and calling for his mother before he lost consciousness and died.

Outrage over the incident led to an international protest movement against the ways that police treat Black citizens. All four officers were fired and charged after Floyd's death.

Lane, Thou and Kueng had pleaded not guilty to the state charges and rejected a plea deal with prosecutors last month, the attorney general's office said. Thao and Kueng are still expected to face state trial next month.

The three former officers were already convicted in a federal court in February of violating Floyd's civil rights.

In that trial, Lane testified that he was on his fourth day on the job, while Chauvin had worked for the department for over 18 years. Lane twice asked Chauvin to reposition Floyd during the restraint but was denied both times, according to his testimony and body camera footage.

The first time, Lane asked Chauvin whether they should put Floyd's legs up, as they are taught in the academy. "No, we're good," Chauvin said, according to Lane's testimony.

Lane then said he asked Chauvin whether they should roll Floyd on his side. "No, we're good like this," Chauvin responded, according to Lane's testimony.

At Chauvin's state trial, a series of medical experts testified that Floyd died of "positional asphyxia," or the inability to sufficiently breathe due to his prone position and the pressure on his back.

An ambulance eventually arrived and first responders lifted Floyd, who was limp at that point, into the vehicle. Lane joined them in the ambulance and did CPR on Floyd.

Chauvin was convicted in state court last year of murder in Floyd's death and was sentenced to more than 22 years in prison. As part of a plea agreement, Chauvin pleaded guilty in December to federal civil rights charges related to Floyd's death and the restraint of a teenager in a separate incident.