Ex-MSU president charged with lying to police about Nassar 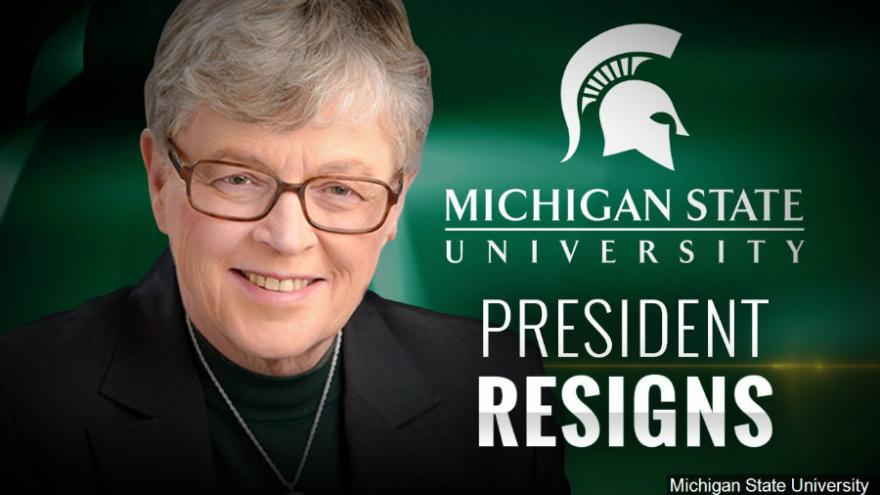 Simon, who stepped down earlier this year over the scandal, was charged Tuesday with two felonies and two misdemeanors.

She is now the fourth person other than Nassar to face criminal charges related to his serial molestation of young female athletes under the guise of treatment. Numerous other people have lost their jobs or been sued.

A charging document alleges that Simon told state police that she was aware that in 2014 a university sports doctors was the subject of an investigation, but she did not know it was Nassar. Police says she knew he was under investigation.