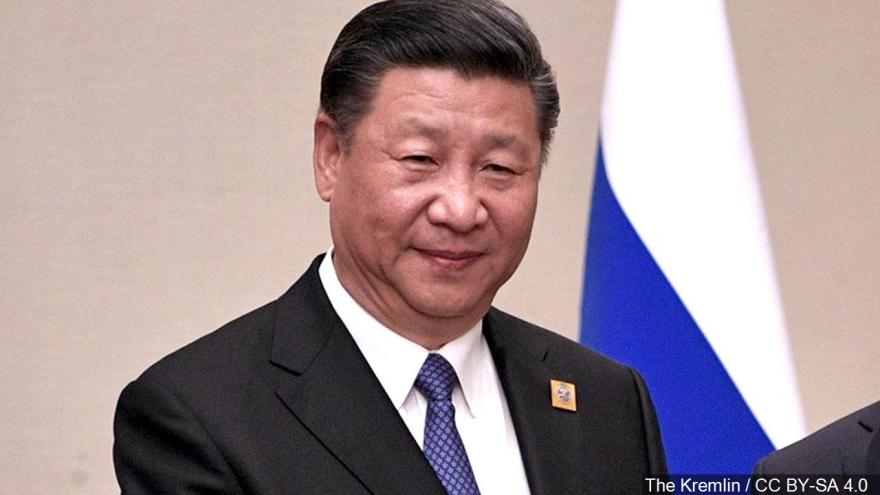 MANILA, Philippines (AP) — Two former Philippine officials have taken the bold step of filing a complaint with the International Criminal Court accusing Chinese President Xi Jinping of crimes against humanity over his government's assertive actions in the disputed South China Sea, which they say deprived thousands of fishermen of their livelihood and destroyed the environment.

They accused Xi and other Chinese officials of turning seven disputed reefs into islands in a massive engineering feat, causing extensive environmental damage, and of blocking large numbers of fishermen, including about 320,000 Filipinos, from their fishing grounds.

"This has seriously undermined the food and energy security of the coastal states in the South China Sea, including the Philippines," del Rosario and Carpio Morales said in a statement.

China's island building, which started in 2013 in an effort to construct air and naval bases in the disputed waters, reportedly destroyed large expanses of coral reefs and endangered fisheries. "It presents one of the most massive, near permanent and devastating destruction of the environment in humanity's history," they said.

"Though widely publicized, these atrociously inhumane actions of Chinese officials in the South China Sea and within Philippine territory remain unpunished, and it is only the ICC that can exact accountability on behalf of Filipinos and the international community," they said.

There was no immediate reaction from China.

Chinese officials have long claimed virtually the entire waterway, one of the world's busiest, with the Philippines, Vietnam, Malaysia, Taiwan and Brunei also contesting ownership of parts of the strategic waters, where a large amount of world goods and the oil that fuels Asia's bustling economies transit.

When he was the Philippines' top diplomat, del Rosario questioned the legality of China's massive claims and other actions in a landmark international arbitration case against Beijing which the Philippines won but was ignored by China.

The arbitration tribunal declared in its July 2016 ruling that China's claims based on historical grounds were invalid and that Chinese forces have unlawfully prevented Filipino fishermen from disputed Scarborough Shoal. The tribunal also ruled that China breached its obligation under a 1982 U.N. treaty to protect the environment by undertaking island-building works and tolerating illegal fishing by Chinese nationals.

Despite the arbitration ruling and a 2002 accord with the Association of Southeast Asian Nations to stop occupation and constructions in the disputed region, Beijing "behind the scenes" planned and later constructed the islands in the disputed territory, the complaint said. "This has placed billions of dollars' worth of natural resources, including fish, fossil fuels and shipping lanes, under Beijing's control," it said.

The complaint outlined China's increasingly assertive actions through the decades, starting in 1974, when it forcibly dislodged Vietnamese forces from the Paracels, to 1995, when it seized Philippine-claimed Mischief Reef, and 2013, when it started its island building.

Aside from Xi, it named as "perpetrators" Chinese Foreign Minister Wang Yi and Chinese Ambassador to Manila Zhao Jinhua.

The legal offensive against China contrasts with President Rodrigo Duterte's rapprochement with Beijing since he took office in mid-2016 while often criticizing the security policies of the United States, a treaty ally.

Duterte has lashed out against Washington for raising alarm over his anti-drug crackdown, which has left thousands of poor suspects dead and sparked two complaints charging mass murder before the ICC.

Duterte decided to withdraw the Philippines from the ICC last year in a move that took effect last Sunday, prompting del Rosario and Carpio Morales to file their complaint ahead of that date. Duterte's move has been challenged by human rights advocates before the Philippine Supreme Court.

Asked by reporters for his reaction, Duterte said he doubted that the complaint would succeed, citing the ICC's lack of jurisdiction over China, which is not a party to the Rome Statute that established the tribunal.

"Anybody can bring a suit against anybody, but whether or not it would prosper or whether or not we have the jurisdiction, that's something else," Duterte said.