Experts hunt for reason why 41 died in Moscow plane fire 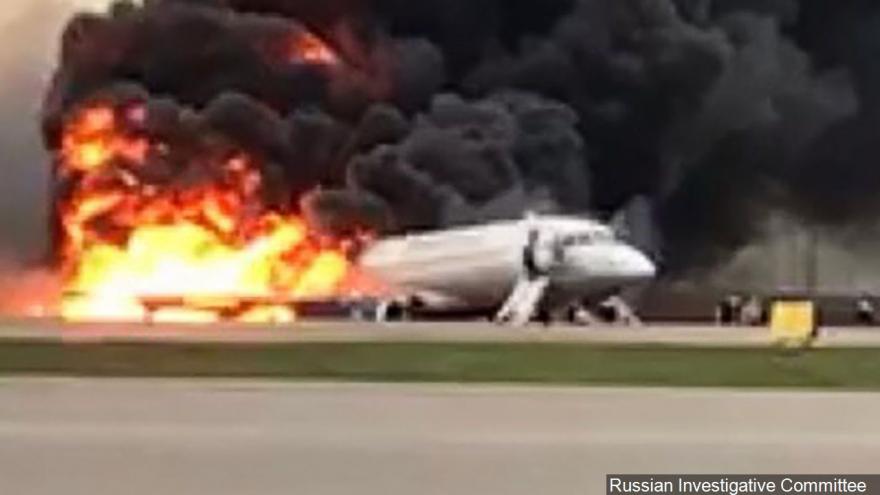 MOSCOW (AP) — Russian emergency workers have recovered 41 bodies and two flight recorders from the wreckage of a plane that caught fire during an emergency landing in Moscow, officials said Monday as they sought to discover the cause of the disaster.

Transport Minister Yevgeny Dietrich gave the death toll and said six of the survivors had been hospitalized. The plane, an Aeroflot SSJ100, was carrying 78 people, including five crew members.

The plane caught fire Sunday evening about 6:30 p.m. as it came down hard on the runway at Moscow's Sheremetyevo Airport after turning back from a flight destined for Murmansk. The landing occurred about a half hour after takeoff, indicating that the plane had little time to dump its fuel.

One of the dead was flight attendant Maxim Moiseev, Dietrich said. Russian news reports, citing unnamed sources, said the Moiseev was in the back part of the plane, which was engulfed in flames and tried unsuccessfully to deploy an evacuation slide.

Russia's main investigative body said both of the plane's flight recorders — data and voice — have been recovered. Committee spokeswoman Svetlana Petrenko was also quoted by Russian news agencies on Monday as saying that investigators were looking into three main possibilities behind the cause of the disaster: inexperienced pilots, equipment failure and bad weather.