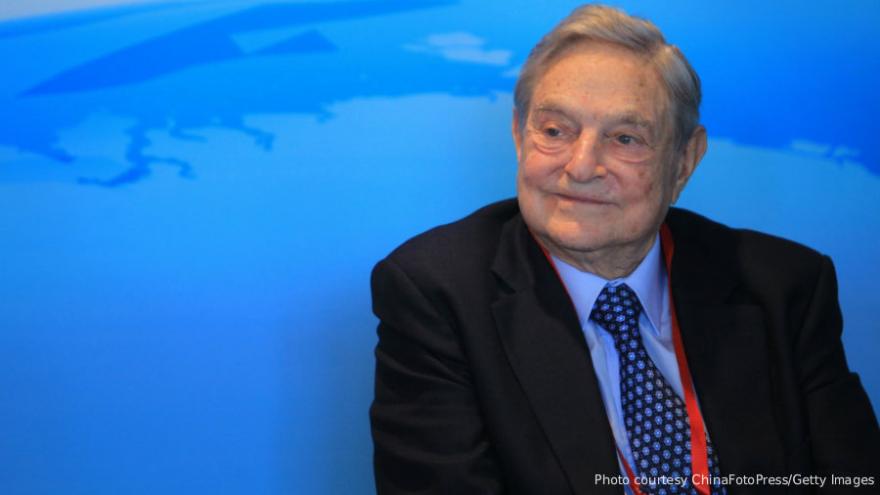 Bedford police say they received a call about 3:45 p.m. Monday reporting a suspicious package found in a mailbox. The package appeared to be an explosive device, police said.

An employee had opened the parcel. The employee placed the package in a wooded area and called police, according to a news release.

Soros was not at his estate at the time, two law enforcement sources said. One of the sources described the package as small and said it consisted of a PVC pipe with an "energetic" material and a powdery substance.

The package did not detonate on its own, the law enforcement source said. The Westchester County bomb squad responded to the scene, said Bedford Police Chief Melvin Padilla.

The case has been turned over to the FBI's Joint Terrorism Task Force.