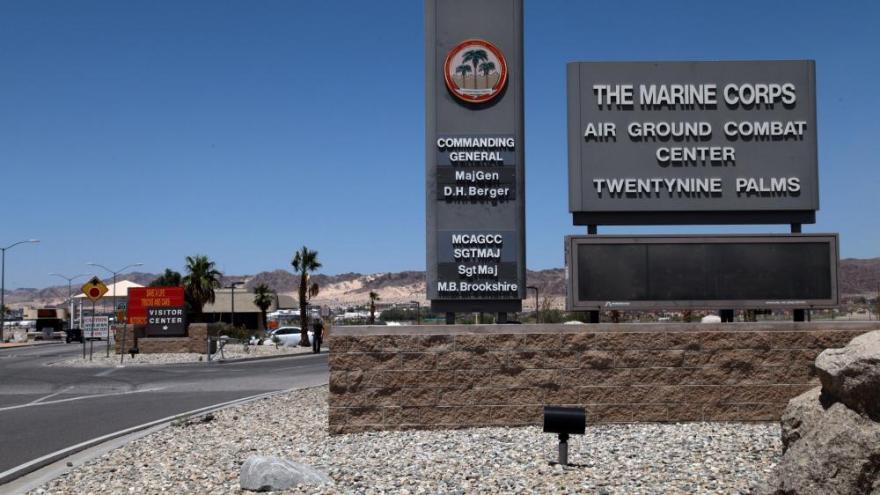 Explosives are missing from the nation's largest US Marine Corps base. This image shows the Marine Corps Air Ground Combat Center in Twentynine Palms in San Bernardino County, California.

(CNN) -- Explosives are missing from the nation's largest US Marine Corps base, according to military officials who said Tuesday an investigation is underway.

Officials at the Twentynine Palms base could not immediately be reached for comment. The base is located about 150 miles east of Los Angeles in the southern Mojave Desert.

The Naval Criminal Investigative Service (NCIS) is investigating the incident, said Jeff Houston with NCIS Public Affairs. It is unclear what kind of explosives were missing and how many.

"Out of respect for the investigative process, NCIS does not comment on or confirm details relating to ongoing investigations," Houston told CNN.

Marines and sailors from different units have been participating in training exercises at the Twentynine Palms base since January 15. The training is scheduled to conclude on February 18.