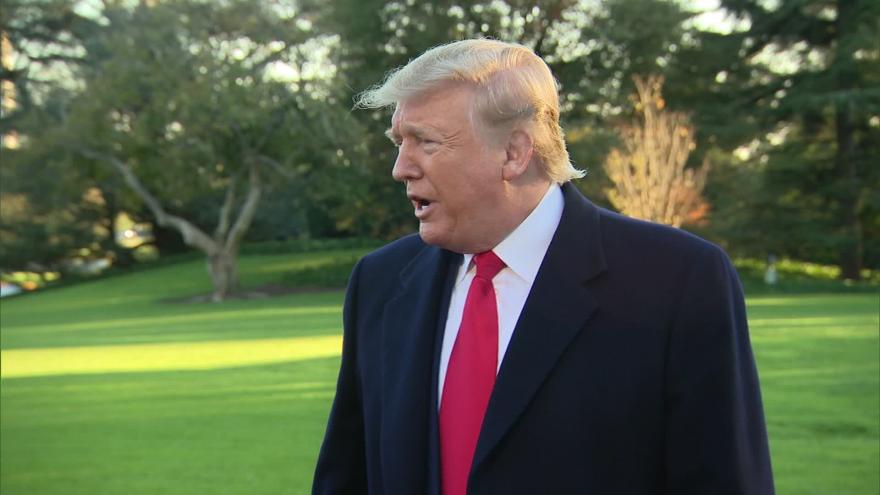 (CNN) -- Facebook and Twitter took the extraordinary step on Wednesday of locking President Donald Trump's account on their platforms after his supporters stormed the Capitol building to protest the election.

Twitter said it has locked President Donald Trump's account for 12 hours, and warned for the first time that it may suspend him permanently.

The temporary lock reflects Trump's violation of the Twitter rules, the company said.

"We have required the removal of three @realDonaldTrump Tweets that were posted earlier today for repeated and severe violations of our Civic Integrity Policy," Twitter said. "This means that the account of @realDonaldTrump will be locked for 12 hours following the removal of these Tweets. If the Tweets are not removed, the account will remain locked."

Facebook also blocked Trump from posting on its platform for 24 hours, the company said, after it removed a video he posted to his supporters who participated in the riot.

"We've assessed two policy violations against President Trump's Page which will result in a 24-hour feature block, meaning he will lose the ability to post on the platform during that time," Facebook said in a tweet.

Facebook spokesman Andy Stone didn't immediately respond to questions about whether Trump could face a permanent suspension if he continues to violate Facebook policies.

The announcement marks a major escalation by both social media companies against Trump's account and responds to calls by civil rights groups for Trump to be banned from the platforms.