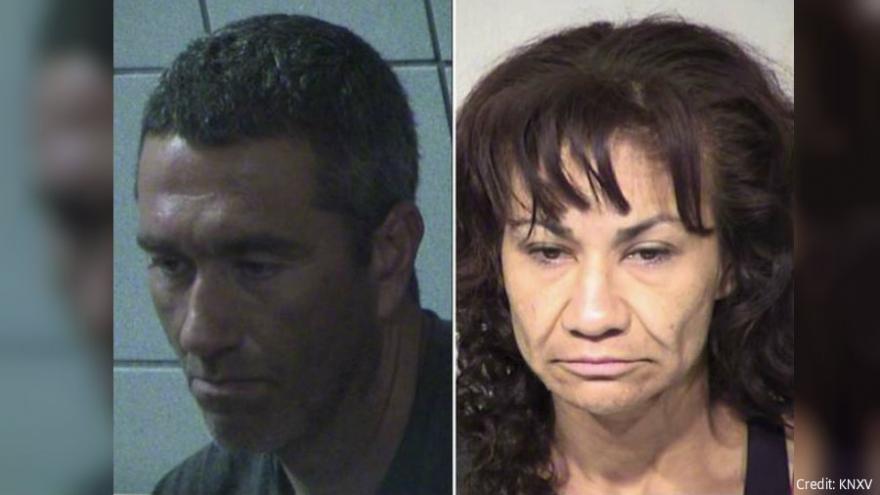 PHOENIX (KNXV) -- A Facebook post led to the arrest of a couple who stole a classic car, pickup truck, and travel trailer.

Phoenix police report that on September 17, a woman called police after seeing a man walking around a 1969 Dodge Charger that she recognized from a Facebook post. The car owner had posted that his car was stolen and was asking for help locating it.

The witness saw a man, later identified as 43-year-old Geoffrey Lawrence Shea, enter the car and drive away. The witness followed Shea, who seemed to be followed by a new GMC truck pulling a travel trailer. The Charger and truck pulled into a parking lot near 43rd Avenue and Anthem Way, where the witness called police.

Police determined that the car was indeed stolen, as was the truck and the travel trailer. The car owner reportedly provided police with surveillance photos from his business, which allegedly showed the GMC truck, as well as a man and woman in the parking lot of his company at the time the car was stolen.

Police arrested Geoffrey and his wife Margarita, who was driving the stolen GMC truck. Police say they also found meth in both vehicles and a loaded handgun in the car.

The Sheas are being held without bond, as they are both on felony release for prior charges.

They both have been charged with vehicle theft and drug possession.