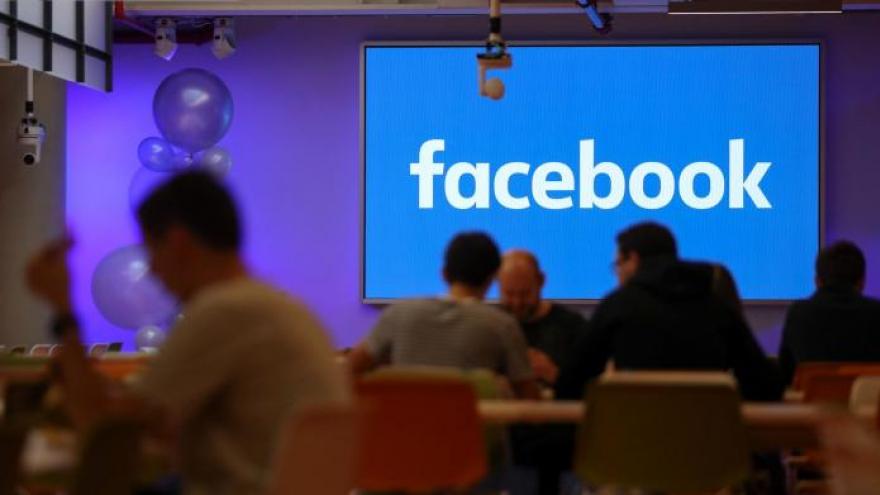 Facebook has removed at least four videos posted by a group accused of targeting California public health officers over their directives to stay home and wear face masks to prevent spread of the coronavirus.

(CNN) -- Facebook has removed at least four videos posted by a group accused of targeting California public health officers over their directives to stay home and wear face masks to prevent spread of the coronavirus.

The move comes as health officers across the state say they have been harassed and received death threats from people angered by restrictions during the pandemic.

The group, Freedom Angels Foundation, says it organized protests on its Facebook page and broadcast live on the platform from outside health officers' private residences to the group's more than 22,000 followers. The group describes itself as "Patriot Mothers who won't stand down. Our arms don't get tired, they carry babies," and say they believe in the United States Constitution.

In one recent video, members of the group broadcast live from outside the home of Contra Costa County Health Officer Chris Farnitano, prompting a response from local law enforcement officers.

In the video, which CNN reviewed, but has since been removed, protesters are seen making a number of false claims, including that children are being removed from their homes against the will of their parents because of the coronavirus, that 5G cellular phone networks are weakening people's lungs, that face masks can sicken people and cause some to "pass out" and that Covid-19 "is not a virus." The claims run counter to information from public health experts.

In response to questions about the footage from CNN, a Facebook spokesperson said the video had been removed from the platform on Thursday for violating its policies. It follows the removal of three others recorded by the group outside the homes of local health officers.

"In the context of a protest outside a private residence, it is against our policies to share content that reveals personally identifiable information," a Facebook spokesperson said.

The removal of the videos comes as health officers across the state say they've received threats over their orders, contributing to the resignation of at least 10 state and county health officers since the start of the pandemic, said Kat DeBurgh, executive director of Health Officers Association of California.

"We recognize some of the names and tactics of the opponents of vaccine laws in the past, but we've never seen a reaction like this," DeBurgh told CNN.

While Facebook has taken action against a handful videos posted by the Freedom Angels, others recorded by the group outside the homes of health officers, including that of Santa Clara County Public Health Officer Dr. Sara Cody, remained online Friday. Facebook said these videos did not violate its policies.

In a June 13 video titled, "Hey public health officers, you're in our cross hairs," a woman from the group speaking to the camera says, "We need to start making them accountable and very uncomfortable, just how the O.C. (Orange County) public health officer was and she quit."

Earlier this month, Orange County's chief health officer Dr. Nichole Quick resigned after receiving threats over her order mandating face coverings when in public spaces. And Dr. Barbara Ferrer, director of the Los Angeles County Department of Public Health, said on Monday she has been the recipient of threats and intimidation over the county's stay-home orders.

"The death threats started last month during a COVID-19 Facebook Live public briefing when someone very casually suggested I should be shot," Ferrer said in a statement. "I didn't immediately see the message, but my husband did, my children did, and so did my colleagues."

In response to the threats against Ferrer, a Facebook spokesperson told CNN, "Any threat is treated with extreme diligence and we've reached out to Dr. Ferrer's office. We are seeking more information so we can work to help ensure her safety."