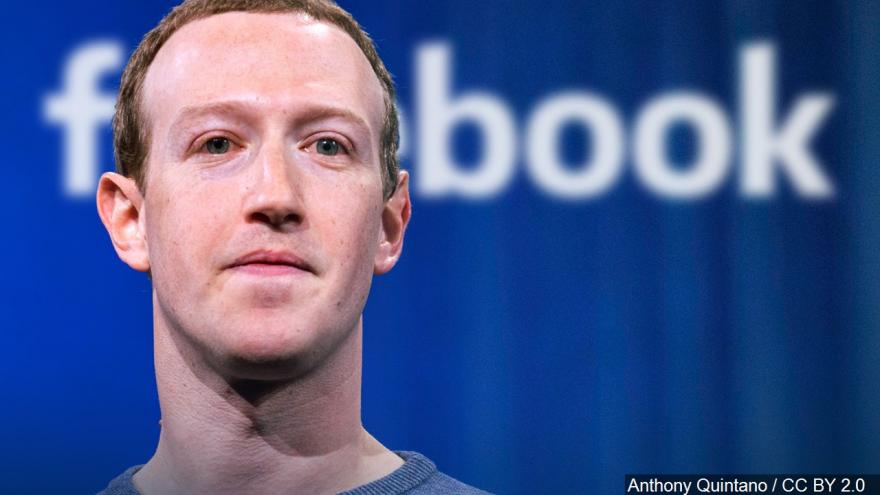 (CNN) -- Facebook is expanding its hate speech policy to include content that "denies or distorts the Holocaust," a major shift for the platform, which has repeatedly come under fire for its inaction on hateful and false information.

In announcing the policy change, Monika Bickert, Facebook's vice president of content policy, wrote in a blog post that the decision was "supported by the well-documented rise in anti-Semitism and the alarming level of ignorance about the Holocaust." She cited a recent survey that found almost a quarter of adults in the US between the ages of 18 and 39 believed the Holocaust was a myth.

Facebook will now direct users to credible information if they search for content related to Holocaust denial on its platform.

CEO Mark Zuckerberg has previously said that while he finds Holocaust denial "deeply offensive," he had maintained that Facebook should not police content.

"At the end of the day, I don't believe that our platform should take that down because I think there are things that different people get wrong," Zuckerberg said in a 2018 interview with Recode's Kara Swisher. "I don't think that they're intentionally getting it wrong."

In a Facebook post following Monday's announcement, Zuckerberg noted that his thinking has evolved after seeing data showing an increase in anti-Semitic violence.

"I've struggled with the tension between standing for free expression and the harm caused by minimizing or denying the horror of the Holocaust," he wrote, "...but with the current state of the world, I believe this is the right balance."

Facebook has had a patchy record when it comes to monitoring dangerous or erroneous information. While it has removed some posts from President Trump that violated its policies, the platform has so far taken no action on a post by Trump that claimed, without evidence, that he is immune to coronavirus.

In July, the Anti-Defamation League published an extensive investigation into Holocaust denial forums on Facebook, finding numerous instances of conspiratorial anti-Semitism in violation of the company's policies on hate speech.

That same month, the ADL launched an advertiser boycott to protest Facebook's inaction in removing anti-Semitic and racist hate speech. More than 1,000 companies participated, including Starbucks and Ben & Jerry's.

ADL CEO Jonathan Greenblatt said in a statement that he was relieved that Facebook would categorize Holocaust denial as hate speech, but also noted that "decisions of this nature are only as good as the companies' enforcement."

"Facebook now needs to reassure the global community that it is taking meaningful and comprehensive steps to ensure that Holocaust deniers are no longer able to take advantage of Facebook's various platforms to spread antisemitism and hate," he continued.