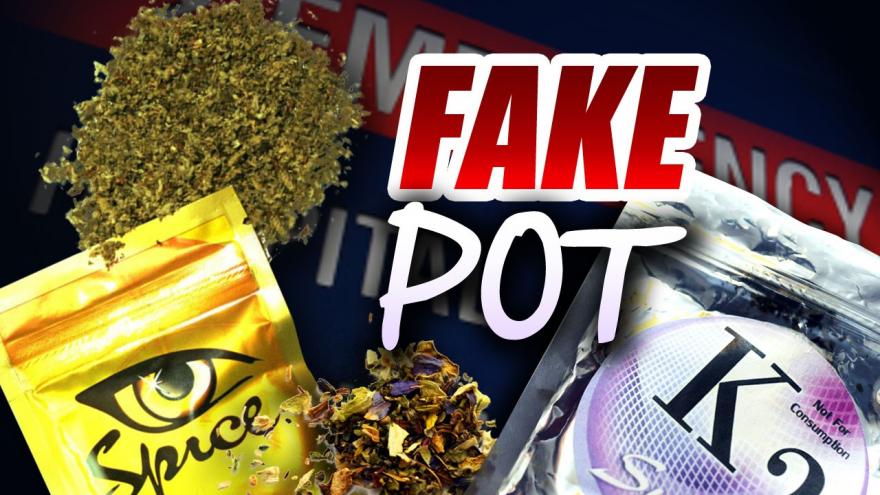 If you didn't know, you might think she's listing off the newest flavors of some kind of snack. But they're actually the names of synthetic drug combinations marketed as a legal way to smoke marijuana. But some strands are killing people.

"In nine of them there was rat poison found in the concoction," says Hill.

They're all synthetic cannabinoids, similar to marijuana but cause dangerous side effects.

"People could have nausea, difficulty breathing, heart palpitations. In this particular case, there's been a lot of intense bleeding. People are coughing up blood. They're having intense bloody noses," says Hill.

In the past month, there has been a synthetic drug outbreak mostly in Central Illinois and the Chicago area, 70 cases of severe bleeding, and two people have died.

Health professionals say it's hard to legally regulate the product because the ingredients can change.

"Regulators just can't keep up with it because someone will just do a tweak and add something else and over time, it was rat poison," says Hill.

So to be on the safe side, they say to stay away from it all together.

"You should never put something in your body that you don't know how you're going to react," says Hill.

Right now, there are no cases on record in Rock Island County, but the numbers don't lie.

"I don't think anybody in this community should think we are immune," says Hill.

If you or anyone you know becomes sick after using synthetic cannabinoids, call 91-1- or head to the nearest emergency room. Health experts say there is nothing that can reverse the affects, but in some cases, doctors can treat the symptoms. According to experts, this is another reason fake pot is so dangerous to use.