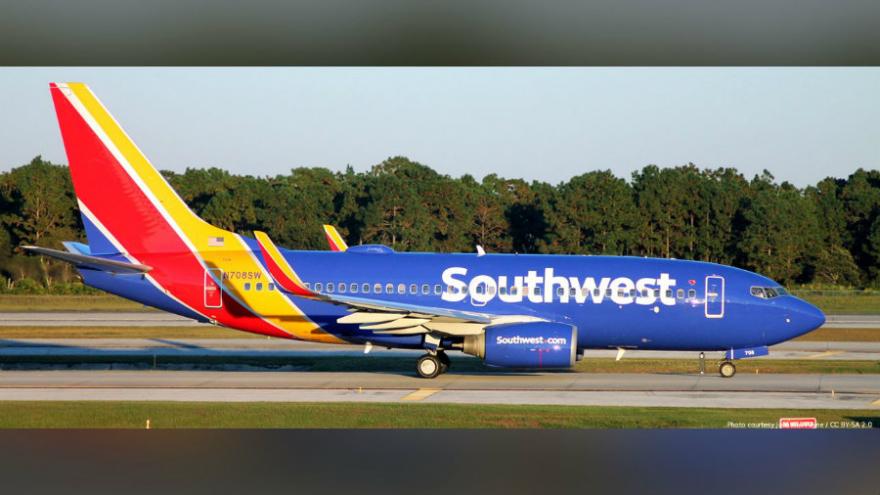 Chicago, Illinois (WGN)/CNN) -- Southwest Airlines is taking some heat after a family was escorted off a flight at Midway International Airport on Wednesday afternoon.

Passenger Alexis Armstrong, 24, of Joliet filmed part of the incident on her cellphone in a video that has since gone viral. Armstrong said Southwest staff removed a couple and their 2-year-old daughter from a flight to Atlanta shortly before takeoff Wednesday after the child became unruly.

Armstrong said the girl wanted to sit in her father's lap — not her own seat — and that the child had calmed down by the time Southwest employees removed the family from the plane.

In the video, two flight attendants can be seen talking to a man, believed to be the child's father, and a woman. One flight attendant says, "The decision has been made."

Armstrong, who was sitting a row back and across the aisle from the family, said she didn't think the couple or little girl should have been kicked off the plane.

"After pushback Wednesday evening, Flight 1683 to Atlanta returned to the gate at Midway to allow supervisors to board the aircraft. Our initial reports indicate a conversation escalated on board between the crew and a customer traveling with a small child. We always aim for a welcoming and hospitable experience and regret the inconvenience to all involved. The traveling party was booked on the next flight to Atlanta after the original flight continued as planned. We will reach out to the customer[s] to listen to any concerns they have about their experience and look forward to welcoming them on board again soon."