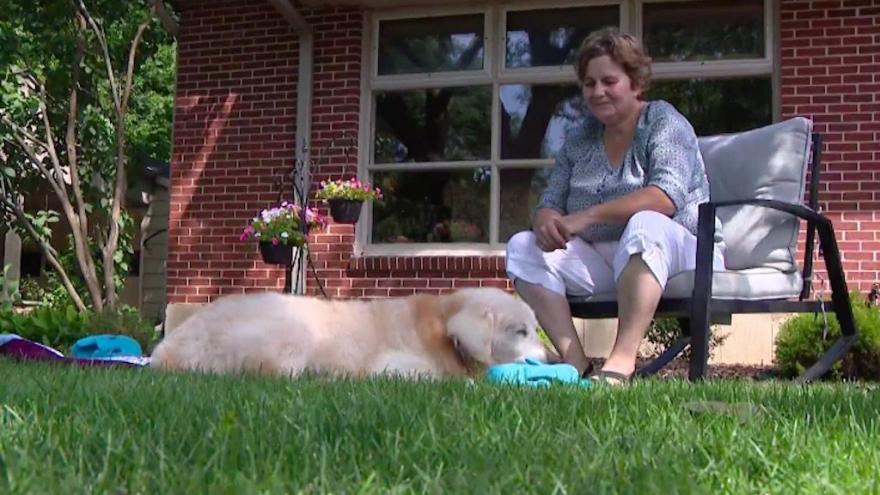 CRYSTAL LAKE, Ill. (WGN) -- Not many people would foster a cancer-ridden dog with little time to live, but Jenny Leech and her husband decided to make a promise that every day he had left would be a good one.

Leech said 12-year-old Theo was abandoned and in bad shape when someone found him in the parking lot of a Joliet Walmart.

“He has cancer nodules throughout his abdomen. The oncologist said he wouldn’t have long but would not put a number on him,” Leech said.

“It was clear that despite everything crappy that had happened to him, he was happy. So we wanted him to experience everything in whatever time’s left,” Leech said.

That was the beginning of Theo’s Bucket List, which started off simply with ice cream, getting a burger at a drive-thru and chewing on a fresh bone from a butcher shop.

“People started offering bucket list ideas; someone offered to take him on a boat ride, another took Theo for a ride in his Mustang convertible… it was just amazing,” she said.

For two months now, a new item on Theo’s bucket list has been crossed off every day.

He’s been on a blind date with a german shepherd named Sasha, got to sit in a skydive plane, went swimming in a lake and checked out a drive-in movie.

Through it all, Leech said Theo’s story has been bringing a little hope during a tough season.

“He came for some purpose. I think people are looking for things and ways to feel good, and he’s giving people that chance,” she said.

We will never know what the beginning of his life was like, but we do know that love and kindness has the power to change anyone’s storyline, just like Theo’s.