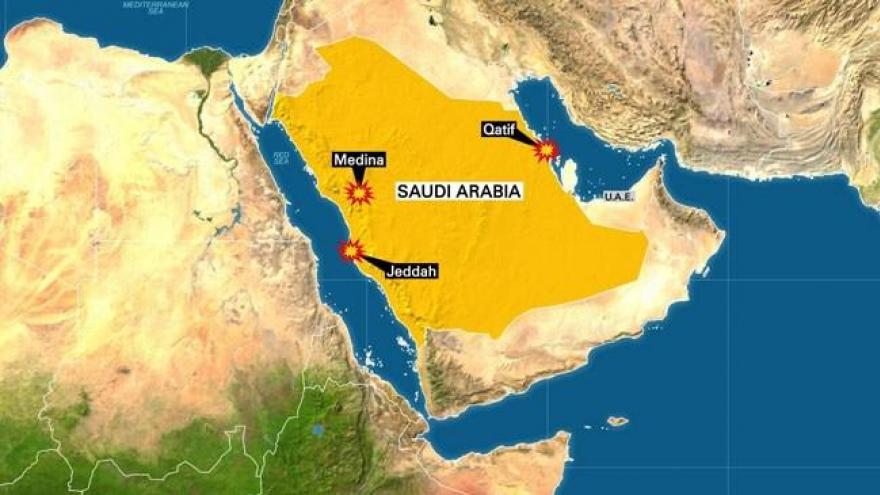 (CNN) -- A dual US-Saudi citizen being held in Saudi Arabia, Dr. Walid Fitaihi, reportedly has been beaten, tortured and jailed, a source familiar with the situation tells CNN, confirming the belief by the doctor's family.

Fitaihi is a physician who came to the US in the 1980s for school and then worked here.

He went back to Saudi Arabia in 2006 to start a hospital, which his family built. He would periodically come back to the US for business. He was detained in November 2017 at the Ritz Carlton hotel along with other prominent Saudis, his lawyer says.

"Thereafter, without explanation, he was transferred to a Saudi prison where he has been held for nearly a year during which he has been permitted little contact with the outside world," according to a letter from his attorney Howard Cooper to the State Department in January asking for its help.

"It is believed that Dr. Fitaihi has been and is tortured at least psychologically during his imprisonment," the letter read.

His family has been able to visit him occasionally as well as talk to him on the phone and said "he has physically deteriorated" and that he appears to be "emotionally broken," according to Cooper.

"He has been held without any process whatsoever," Cooper tells CNN, saying it is "abhorrent." The family is now going public on Fitaihi's behalf and is calling on President Donald Trump and senior presidential adviser Jared Kushner to insist on Fitaihi's release.

Cooper says Fitaihi is a well-known motivational speaker who became "a well-recognized voice in Saudi Arabia for the movement towards more American oriented ideas of civil rights and equality," according to the letter.

Saudi officials have not returned CNN's request for comment. In a statement to The New York Times, which first reported on the case, a spokesman denied any mistreatment of detainees.

"The Kingdom of Saudi Arabia takes any and all allegations of ill treatment of defendants awaiting trial of prisoners serving their sentences very seriously," an embassy spokesman told the Times.

National security adviser John Bolton told CNN's Jake Tapper on "State of the Union" Sunday that "as of this moment, my understanding is we have had what's called 'consular access,' meaning American diplomats in Saudi Arabia have visited with him. Beyond that, we don't really have any additional information at this point."

State Department officials did not return a request for comment from CNN.