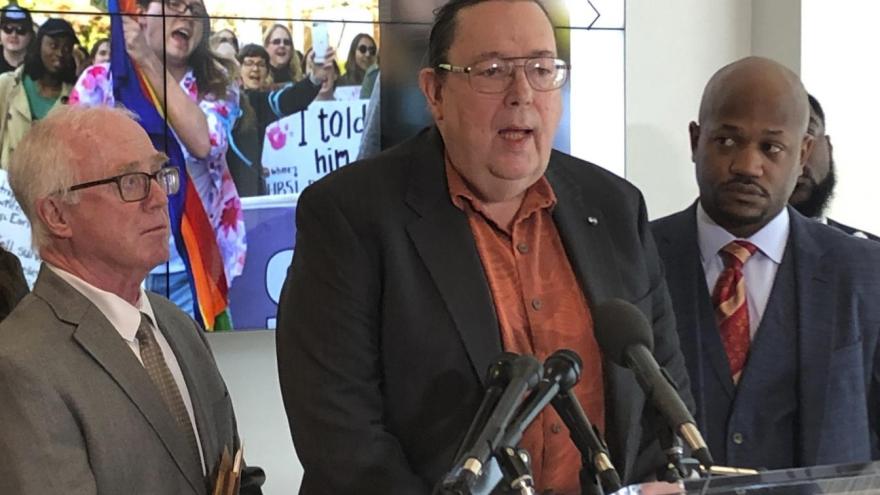 William Schultz is flanked by his attorneys, Brian Spears and L. Chris Stewart, as he speaks to reporters at Stewart's office in Atlanta on Sept. 12, 2019.

(CNN) -- Family of the Georgia Tech student fatally shot by campus police has settled a lawsuit for $1 million dollars.

A lawsuit filed against Georgia Tech University for the 2017 fatal shooting of Scout Schultz, a student at the college, has been settled, according to a news release from the family attorney.

Scout Schultz, who identified as nonbinary and intersex and used the pronouns "they" and "them," was fatally shot on September 16, 2017, by campus police after approaching officers with a knife and saying, "shoot me." At the time, a family attorney said Schultz was suffering from a "mental breakdown." In a lawsuit filed two years after the shooting, the Schultz family claimed the officer who shot Scout, Tyler Beck, had not received proper crisis intervention training, unlike other officers on the scene.

As part of the settlement agreement, Georgia Tech will pay the Schultz family $1 million dollars, which is one of the highest settlements of its kind in Georgia against a university's police force in an officer-involved shooting, the release stated. In addition to the financial compensation, Schultz's parents and attorneys demanded other substantive changes to the policing process at Georgia Tech University.

"Georgia Tech University should be saluted for their efforts to amicably resolve this situation and the changes the university made to protect their student body. We are hopeful that the university's example of caring effort will be replicated nationwide. Students have let us know the LGBTQIA community is often overlooked and we hope these positive changes continue and that Scout's life will stand for change," Chris Stewart, attorney for the family, said in a statement.

CNN has reached out to Georgia Tech for a comment.