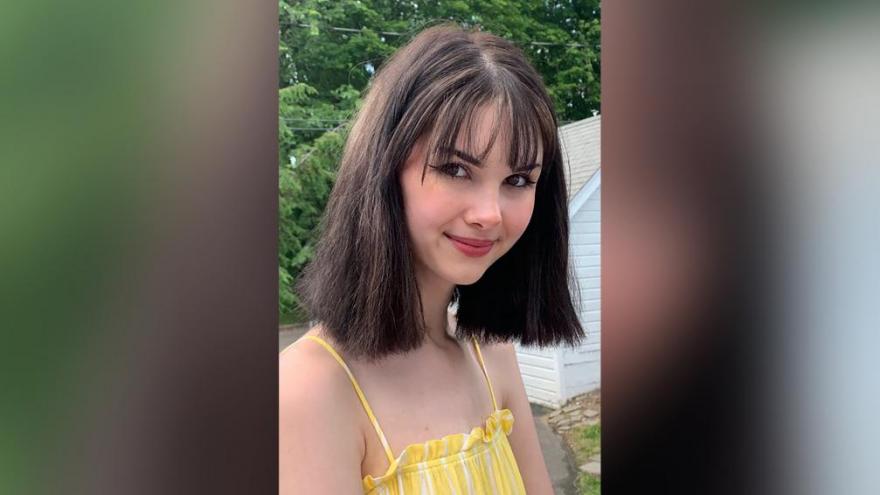 The family of Bianca Devins, the 17-year-old internet personality whose July 2019 murder was broadcast online by her killer, confronted him in court at his sentencing hearing Tuesday.

(CNN) -- The family of Bianca Devins, the 17-year-old internet personality whose July 2019 murder was broadcast online by her killer, confronted him in court at his sentencing hearing Tuesday.

Before the sentence came down against Brandon Clark -- who pleaded guilty to Devins' murder -- her younger sister Olivia, her mother Kim and grandfather, Frank Williams, each provided victim impact statements.

Olivia Devins, who is now 17 years old -- the same age Bianca was at the time of her death -- spoke of the frequent nightmares she suffers, her inability to trust meeting new people and of being forced to delete her social media accounts after continually being re-sent photos Clark had posted online of Bianca's body after the murder.

"Many random people set their profile pictures as my sister's death photo and went on my page knowing I would, without a doubt, see it," Olivia Devins said through tears. "The picture, to this day, continues to be sent to me, but I now have all of my social media accounts deleted."

Kim Devins, Bianca's mother, implored the judge to sentence Clark to prison "for the rest of his life."

"We seek closure in regards to the crime that took our beautiful angel from us by respectfully asking the court...to make sure that Brandon Clark remains in prison for the rest of his life, so that he cannot harm anyone else and inflict this horrific pain on any other family," she said.

Bianca's grandfather told Clark that, should he ever be eligible for and seek parole, "you can be certain that our family will represent Bianca and will ask the reviewing board to consider."

Clark, who was 21 at the time of the murder, was sentenced to 25 years to life in prison Tuesday, according to CNN affiliate WKTV. He unsuccessfully attempted to retract his guilty plea, however, after Clark's motion to recant his confession was denied by a judge.

Devins, who had recently graduated from high school, had amassed a large social media following across several platforms before her death.

She was especially well-known in the online gaming community. And it was on a social app for gamers, Discord, where Clark posted photos of Devins' body, police said.

Devins met Clark on Instagram two months before her death. She had planned to attend Mohawk Valley Community College in Utica that fall, her family said at the time.