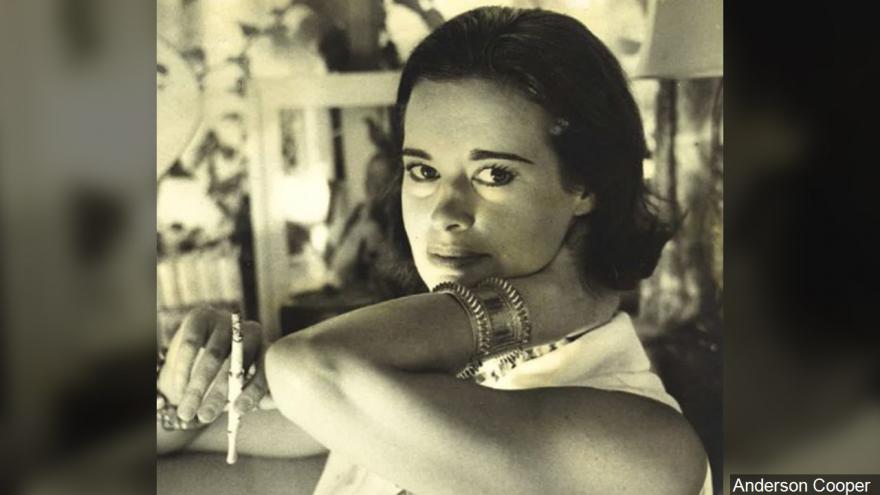 (CNN) -- Gloria Vanderbilt died Monday morning, according to her son, CNN's Anderson Cooper. The fashion designer and socialite was 95.

Vanderbilt died at home with friends and family at her side.

"Gloria Vanderbilt was an extraordinary woman, who loved life, and lived it on her own terms," Cooper said in a statement. "She was a painter, a writer and designer but also a remarkable mother, wife, and friend.

"She was 95 years old, but ask anyone close to her, and they'd tell you: She was the youngest person they knew -- the coolest and most modern."

Born in New York in 1924, Vanderbilt grew up in France. Her father, Reginald Vanderbilt, the heir to a railroad fortune, died when she was a baby.

Young Gloria was the focus of media attention at an early age, the subject of an intense custody battle between her mother and her father's enormously wealthy sister, Gertrude. The latter prevailed in court proceedings.

"As a teenager she tried to avoid the spotlight, but reporters and cameramen followed her everywhere," Cooper said. "She was determined to make something of her life, determined to make a name for herself, and find the love she so desperately needed."