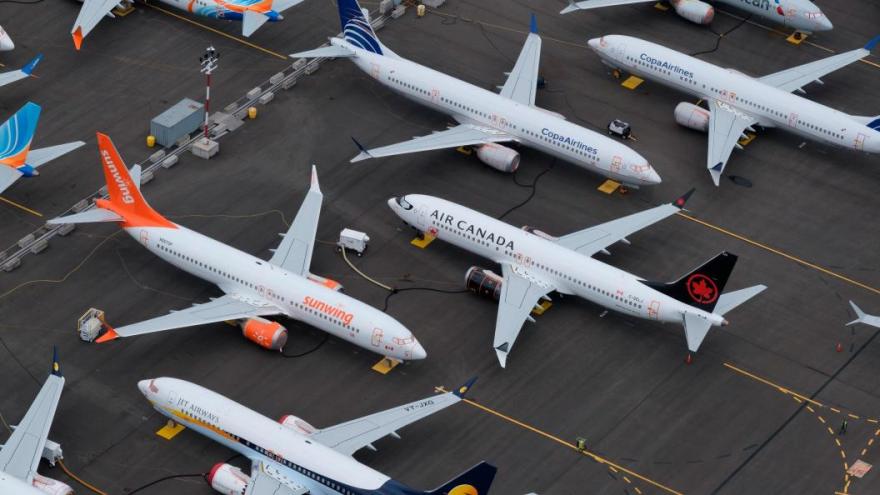 A Federal Aviation Administration analysis of the Boeing 737 MAX following the Lion Air crash last fall found the plane is significantly more likely to crash than other aircraft, according to a person familiar with the analysis document.

(CNN) -- A Federal Aviation Administration analysis of the Boeing 737 MAX following the Lion Air crash last fall found the plane is significantly more likely to crash than other aircraft, according to a person familiar with the analysis document.

Despite the findings, the FAA did not ground the aircraft until after a second crash of the MAX months later. The two crashes claimed 346 lives.

The document, first reported by The Wall Street Journal, is expected to become public at a House Transportation Committee hearing on Wednesday morning, where the FAA Administrator and two whistleblowers are expected to testify.

One of the whistleblowers, Ed Pierson, is a former Boeing employee who worked on the 737 MAX program and raised concerns about internal pressure at Boeing, according to a person familiar with his testimony. Pierson plans to testify that he alerted managers to his concerns about mistakes and cutting corners, the person said.

Pierson's decision to speak publicly after his concerns were raised by lawmakers at a hearing with Boeing CEO Dennis Muilenburg in October. A member of the committee shared internal messages from an unidentified employee who had urged managers to shut down the production line over safety concerns.

"Frankly right now all my internal warning bells are going off," the employee wrote, according to Rep. Albio Sires, who read from the messages. "And for the first time in my life, I'm sorry to say that I'm hesitant about putting my family on a Boeing airplane."

Muilenburg, at that October hearing, said that the company "did have several follow-up sessions with" the whistleblower. "I told him I appreciated the fact that he brought up those issues and concerns."

"We took a number of actions on taking a look at each of the work locations within the factory, each of the production stops. We implemented some additional quality checkpoints in the process," Muilenburg said.

It remains unclear when Boeing will satisfactorily fix the flaws and the plane will be cleared to fly again. It was grounded by regulators in March after the second crash of a jet flown by Ethiopian Airlines.