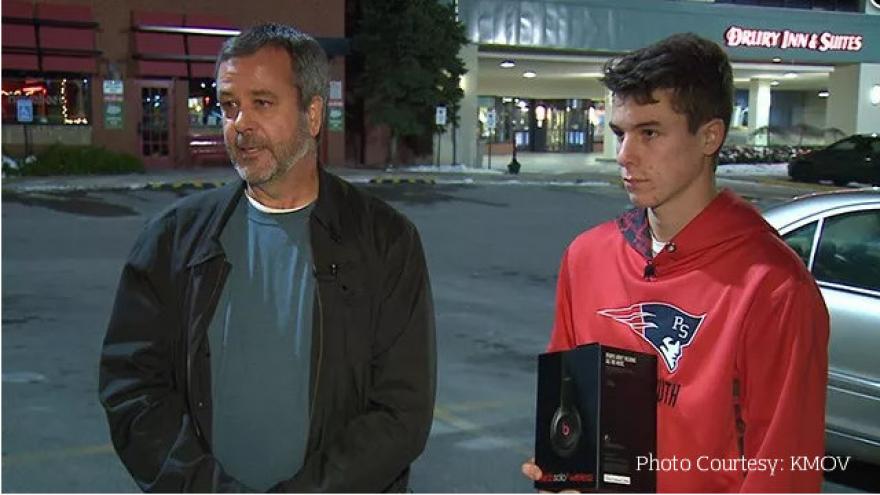 Ryan Glisson was selling his Beats headphones online Christmas night. He eventually found a buyer on Craigslist, and set up the meeting over Facebook messenger.

After negotiating over locations to make the transaction, Ryan and the buyer eventually settled on the Drury Inn parking lot off Interstate 270 and Olive Boulevard. Ryan's father Ron drove him to the location, and things seemed off from the moment they arrived.

After asking Ryan for a lighter, the buyer, who had remained in his car up to that point, attacked him in an attempt to steal the headphones.

"All of a sudden, he jumps out of the car with a taser and starts tasing my son in the chest and telling him to drop the headphones,” Ron Glisson said. “That's when I hopped out of the car and intervened. I told my son to run and call 911 while I took care of the guy."

The man, described as being around 6’2 to 6’4, fled the scene when the elder Glisson got out of the car. His son Ryan escaped the attacker and notified police.

“I really didn't expect him to do that. It was horrifying when he pulled that out, I just ran. It was crazy," Ryan said.

The suspect was described as being about 30 years old and large, which Ron suspected was why he thought he could get away with stealing the headphones.

“My guess is he probably preys on kids that he can take advantage of with his size and being able to intimidate them. Then having this taser. It doesn’t make any noise and it takes you out of business for a couple minutes,” he said.

The attacker was able to see Ryan’s age on Facebook, which may have made him think he would be an easy target. However Ron’s presence kept things from turning uglier than they did.

“I just saw my son backing up and sparks flying from his chest,” Ron said. “It would have went a lot differently if I hadn’t come along. It could have been bad.”