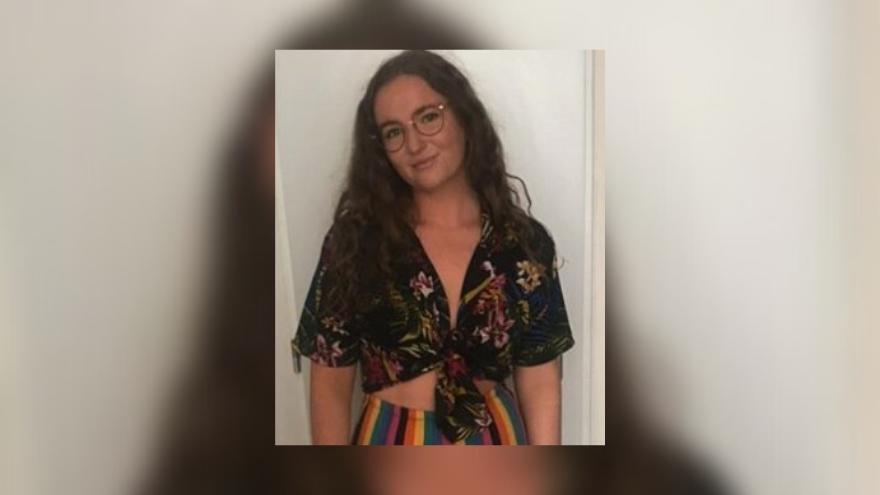 (CNN) -- The father of a 21-year-old British woman who disappeared after a beach party on a Cambodian island fears she has been kidnapped.

Amelia Bambridge was last seen on Police Beach on Koh Rong island in the early hours of Thursday. An extensive search has been launched, with her family arriving in Cambodia to help with the investigation.

More than 100 police officers and volunteers have been deployed to assist with the search operation, Lieutenant General Salideth Peuo of the Cambodian National Police told CNN.

Bambridge, from Worthing, West Sussex, had gone to the party on Wednesday, according to the Lucie Blackman Trust, a charity that highlights the plight of missing or jailed British travelers abroad. She was staying at a nearby hostel.

But when she failed to check out of Nest Beach Club, the manager contacted Bambridge's mother, according to Britain's PA. Her handbag -- containing her wallet, phone and bank cards -- was discovered on a nearby beach, and her passport was found at the hostel, according to PA.

In a Facebook post Tuesday, Georgie Bambridge said her sister had spent two years planning her solo trip to Cambodia.

A spokesperson for the UK Foreign and Commonwealth Office confirmed to CNN that it was providing consular assistance to Bambridge's family. The British Embassy in Phnom Penh said it was working closely with the Cambodian police.

A Facebook page set up to raise money for the search has already raised more than $128,000.

The Lucie Blackman Trust has issued an appeal for information about the backpacker, adding that there were "serious concerns" for her welfare. The charity is encouraging anyone with information about her whereabouts to call +44800 098 8485, or to email [email protected]