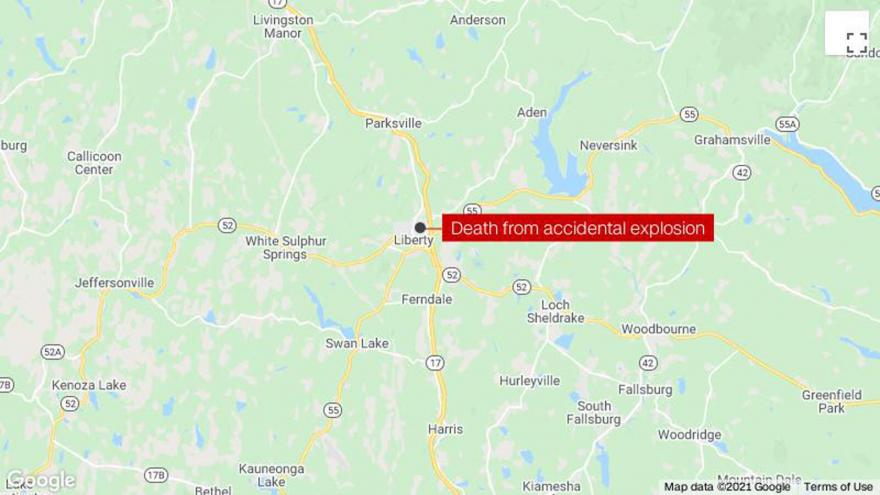 A father-to-be in New York dies after a device meant to be used at a gender reveal party exploded, according to New York State Police.

(CNN) -- A 28-year-old man died after a device meant to be used at a gender reveal party exploded, according to New York State Police.

Police responded to a report of an explosion just before noon on Sunday. Christopher Pekny, of Liberty, New York, was building the device that exploded. He was the father-to-be, according to police.

Pekny's 27-year-old brother, Michael Pekny, was injured and taken to a nearby hospital, state police said.

Police did not give further information on what kind of device it was, except that it was not intended to harm others.

Earlier this month, a Michigan man died after a small cannon exploded at a baby shower, police said. While the cannon was not directly related to the baby's gender, it was fired to "celebrate the baby's pending arrival," Michigan State Police said in a statement.

This most recent death follows in the line of other gender reveals gone bad, including a 2020 wildfire in Southern California and a plane crash in Texas.

After last year's wildfire, the blogger Jenna Karvunidis -- who is largely credited for creating the gender reveal party -- took to Facebook to condemn the over-the-top events.

"Stop having these stupid parties. For the love of God, stop burning things down to tell everyone about your kid's penis. No one cares but you," she wrote.