Fauci: 'We could start talking about real normality again' in 2021 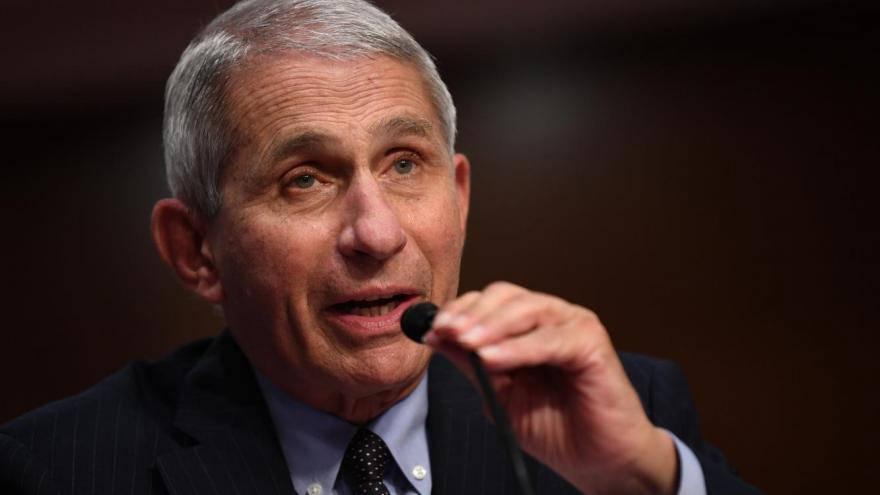 Fauci, a member of the White House coronavirus task force, told CNN's David Axelrod on "The Axe Files" podcast that the companies behind potential vaccines told him "that they would have doses to the tunes of tens of millions early in the year, and up to hundreds of millions as we get well into 2021, and some companies say that even after awhile, you could get as many as a billion doses."

"The timetable you suggested of getting into 2021, well into the year, then I can think with a successful vaccine -- if we could vaccinate the overwhelming majority of the population -- we could start talking about real normality again," Fauci added. "But it is going to be a gradual process."

Fauci's comments come as the US surpassed 4 million officially recorded Covid-19 cases on Thursday -- with a quarter of that count coming in just the last 15 days -- and the accelerated search for a vaccine continues.

Early results of a closely watched Phase 1/2 trial published on Monday in The Lancet suggest a coronavirus vaccine developed by the University of Oxford and AstraZeneca is safe and induces an immune response. However, researchers stressed more study is needed to know whether the vaccine protects people against the virus.

AstraZeneca told a US congressional hearing on Tuesday that it is on track to have a possible vaccine ready as early as September. But hours later, the head of the UK vaccine task force warned that a vaccine is unlikely to be made widely available before 2021. Meanwhile, other company executives said they were aiming for early 2021.

The US Department of Health and Human Services and the Department of Defense announced an agreement with Pfizer Inc. on Wednesday for "large-scale production and nationwide delivery of 100 million doses of a Covid-19 vaccine in the United States" after it is successfully developed and approved.

If the vaccine is successful and receives emergency use authorization or licensure, nationwide delivery would begin in the fourth quarter of 2020, according to HHS. The doses would be delivered to locations at the US government's direction and it would be available to American people at no cost, a release said.

Fauci also stressed on Thursday that he has "a very good relationship" with President Donald Trump, despite their contradictory stances on numerous elements of the coronavirus response.

"I am trying my best to completely stay out of politics. But when you're in a situation that's politically charged, it's kind of difficult to completely not be impacted by it," he said. "I stay out of any personal involvement in politics, but I try to do my job. But I'm aware of the tension."

Fauci continued, "The one thing that's interesting that I think people don't appreciate is that I do have a very good relationship with the President, in the sense of no animosity at all. In fact, it's quite a good relationship."

His assessment comes after CNN previously reported that by early June, Trump and Fauci had largely stopped in-person engagements. Earlier this month, the White House made a concerted effort to discredit Fauci as he became increasingly vocal about his concerns over reopening the country amid a national surge in coronavirus cases. A White House official told CNN that "several White House officials are concerned about the number of times Dr. Fauci has been wrong on things" and went on to provide a lengthy list of examples, citing Fauci's comments early in the pandemic and linking to past interviews.

Additionally, senior White House trade official Peter Navarro apparently broke protocol by publishing an opinion article trashing Fauci last week, with the White House working to distance itself from the piece, which contained viewpoints similar to opinions voiced by Trump himself and distributed by the White House over the prior weekend.

Fauci addressed the efforts by the White House to disparage him, saying it was "not OK. I think that's really bad news to do that," but asserted his confidence that Trump himself did not support them.

When Axelrod asked if he had said as much to the pPesident, Fauci replied, "I think it's pretty clear around the White House that that's the situation. I don't think in some respects the President is not happy about that either. I can tell you, he's not happy personally about that."