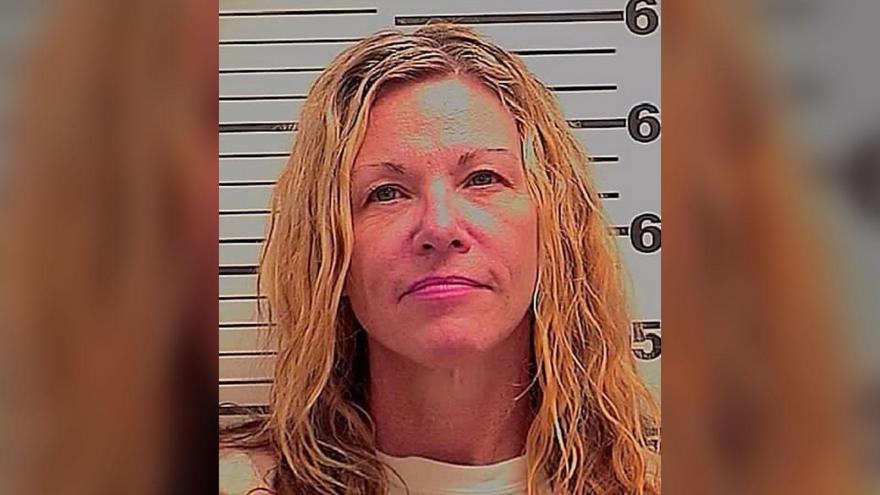 A new booking photo shows Lori Vallow after her return to Idaho on March 5, 2020.

(CNN) -- The FBI is appealing for photos or video from Yellowstone National Park that may show two children missing from Rexburg, Idaho, since September.

Tylee Ryan, 17, has not been seen since she visited the park September 8 with her brother Joshua "J.J." Vallow, 7, mother Lori Vallow and uncle Alex Cox, according to authorities. Joshua was last seen at an Arizona school later that month.

Lori Vallow, 46, faces multiple charges, including two felony counts of desertion and nonsupport of children, according to a criminal complaint filed with an Idaho court.

The FBI's Salt Lake City field office, along with Rexburg Police, posted a request Thursday on Twitter for the public to submit images and footage from Yellowstone on September 8 that could include the Vallows or Cox.

The multimedia or information can be uploaded on the FBI website.

The FBI tweet included images of the missing children and a vehicle registered in Arizona.

The FBI made its appeal hours before Vallow arrived back in Idaho ahead of a scheduled court appearance.

Vallow was flown from Hawaii, where she has been living for several months, after being arrested for child desertion and nonsupport. She is also charged with contempt for allegedly ignoring a court order to cooperate with the investigation.

Video taken by CNN affiliate KPHO/KTVK at the Rexburg-Madison County Airport showed Vallow being escorted off a plane owned by the Idaho Department of Law Enforcement. She was taken immediately into a waiting police vehicle.

Vallow was then taken to Madison County Jail and is due to appear in court Friday, CNN affiliate eastidahonews.com reported.

At a hearing in Hawaii last week, Vallow's attorney said she chose to waive extradition to Idaho to "expedite her return there so she can defend herself against these accusations."

Children not seen since September

Vallow moved to Idaho from Arizona just a couple of months before police began searching for her children.

Joshua had attended a school in Kennedy Elementary School for several weeks before his mother told the school she was going to home-school him, last attending on September 23, according to a court affidavit.

Police in Rexburg, Idaho, conducted a child welfare check in late November, after relatives told them that no one had spoken to Joshua in two months.

Vallow and her husband Chad Daybell fled their Rexburg home when investigators started looking into Tylee and Joshua's disappearance, police have said.

The couple married in Kauai, Hawaii, November 5, and returned there December 1.

Vallow was arrested in Hawaii in in February and faces multiple charges, including two felony counts of desertion and nonsupport of children, according to a criminal complaint filed in an Idaho court.

Court documents say Vallow repeatedly lied to police and asked others to lie as detectives investigated Tylee and Joshua's disappearance.

Daybell is not currently facing any charges linked to the missing children.