FBI chief: No evidence of illegal spying on Trump campaign 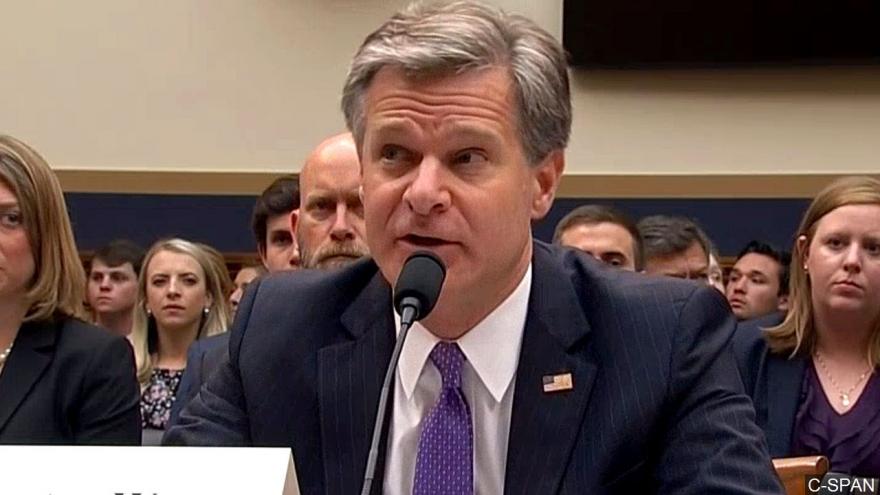 Chris Wray, Director of the Federal Bureau of Investigation

WASHINGTON (AP) — FBI Director Chris Wray said Tuesday that he does not consider court-approved FBI surveillance to be "spying" and said he has no evidence the FBI illegally monitored President Donald Trump's campaign during the 2016 election.

His comments at a Senate Appropriations subcommittee hearing broke from Attorney General William Barr, who said last month that he believed the Trump campaign had been spied on during an investigation into potential collusion with Russia. Trump seized on that comment as part of his allegation that the investigation was tainted by law enforcement bias.

Asked by Sen. Jeanne Shaheen, a New Hampshire Democrat, if he would say the FBI is "spying" when it investigates suspected terrorists and mobsters, Wray replied, "Well, that's not the term I would use."

But asked whether he was aware of evidence that the FBI had illegally spied on the Trump campaign, Wray said, "I don't think I personally have any evidence of that sort."

Barr is investigating whether there was a proper basis for the FBI to open a counterintelligence investigation into ties between the Trump campaign and Russia.

"We're working to help him get that understanding," Wray said. "I think that's part of his job and part of mine."