FBI ends its investigation into the Las Vegas massacre 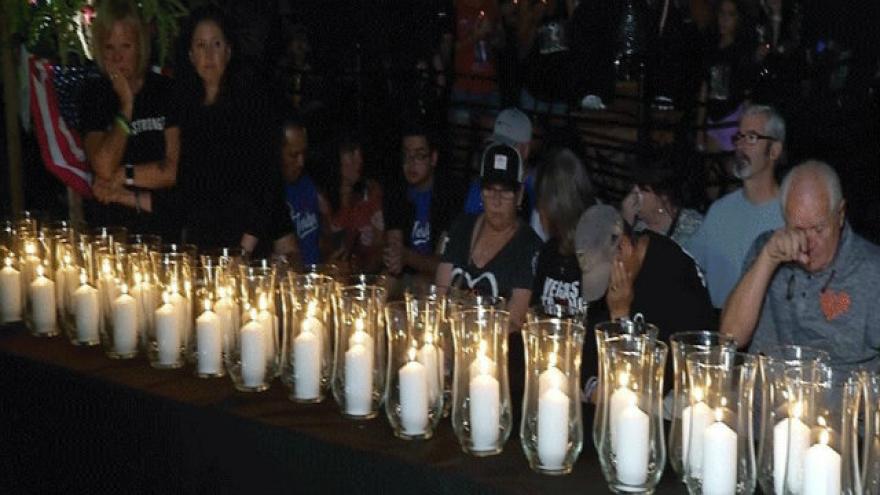 Survivors and those whose loved ones were killed in the deadliest single day mass shooting in modern US history joined hundreds of others in honoring and remembering the victims. Photo courtesy Las Vegas News Bureau

(CNN) -- We will likely never know why Stephen Paddock shot into a crowd of Las Vegas concertgoers, killing 58 people in the deadliest mass shooting in modern US history.

The FBI has concluded its investigation into the October 1, 2017, massacre without finding a clear motive for Paddock's actions.

But a list of key findings released Tuesday found Paddock was similar in many ways to other active shooters: He had no identifiable grievance and had a desire to die by suicide.

The Las Vegas Review Panel of the FBI's Behavioral Analysis Unit determined that Paddock acted alone, and that his attack "was neither directed, inspired, nor enabled by ideologically motivated persons or groups," the FBI said.

After almost 12 months of analyzing evidence and information, the panel concluded "there was no single or clear motivating factor" behind the attack, and that Paddock's actions were inspired by obtaining "a certain degree of infamy via a mass casualty attack," the FBI said.

Spraying the crowd with bullets from the 32nd floor of the Mandalay Bay Resort and Casino, Paddock wounded about 500 other people and then took his own life before police breached his hotel room door.

The report said the steps Paddock took were calculated with suicide in mind: He had surveillance cameras to alert him to approaching officers, had one handgun and accelerated the attack based on his perception that law enforcement response to his room was imminent.

Investigators determined Paddock's attack was not motivated by a grievance against any particular Las Vegas casino or hotel, nor was it against the Route 91 Harvest music festival or anyone killed or injured in the rampage.

"Throughout his life, Paddock went to great lengths to keep his thoughts private, and that extended to his final thinking about this mass murder. Active shooters rarely have a singular motive or reason for engaging in a mass homicide," the report found.

Analysts determined that the shooter experienced a decline in mental and physical health and his finances over the last years of his life.

The findings match those of the final criminal investigative report by the Las Vegas Metropolitan Police Department, which also could not determine a motive for the attack.