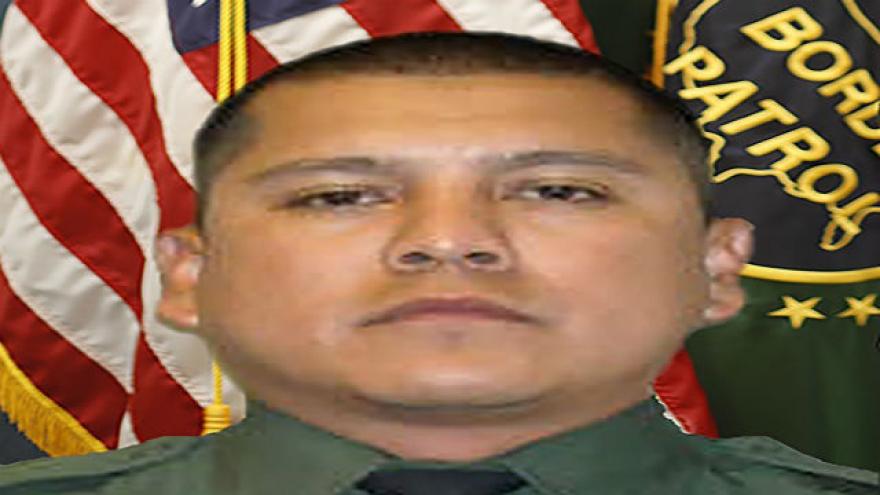 (CNN) -- The FBI is investigating two brothers as "persons of interest" in a possible attack two weeks ago that left one Border Patrol agent dead and another seriously injured near Van Horn, Texas.

The bureau, following up on a tip from an informant, is pursuing a theory that the brothers, undocumented immigrants allegedly involved in smuggling people, drugs or both, might have assaulted the two agents, according to an unsealed search warrant filed in federal court in Albuquerque, New Mexico, Monday.

The warrant, first reported by TV station KRQE in Albuquerque, New Mexico, sought access to a 2004 Pontiac Grand Am driven by the brothers.

No charges had been filed as of Wednesday evening relating to any possible assault, and the FBI hasn't named either man as a suspect, so CNN is not naming them at this time.

Customs and Border Protection officials referred questions to the FBI, which declined to comment, citing the ongoing investigation.

Border Patrol agents Rogelio "Roger" Martinez and Stephen "Michael" Garland were found near a concrete-lined culvert under Interstate 10, about 12 miles east of Van Horn, late on the evening of November 18. Martinez had severe head injuries and broken bones, and died in a hospital in El Paso a few hours later.

Garland, who also was injured, told investigators he could not remember anything about what had happened, according to a Border Patrol agent who spoke directly with Garland's wife.

A tipster told the Border Patrol that undocumented migrants recently smuggled across the border had mentioned that their "coyotes," or guides, had assaulted the agents with rocks, according to an affidavit filed in support of a search warrant for the car.

FBI agents located one of the brothers and another family member on November 28 in Portales, New Mexico. The other brother was believed to be in Odessa, Texas, according to the affidavit. It wasn't clear from the court documents whether he has been found or interviewed.

The brother in Portales denied assaulting the agents, but admitted entering the United States illegally and making his way to Presidio, Texas, sometime before November 20. Another family member picked him up there in the Grand Am on November 20 and drove him to New Mexico.

That brother was charged November 29 with illegal re-entry into the United States after being deported.

Last Friday, December 1, the FBI interviewed a woman who rode in the car from Presidio to New Mexico. The woman, a US citizen, said that at the brother's request she had driven the car through a Border Patrol checkpoint near Marfa, Texas. According to the affidavit, she said she heard the brother talking on the phone about crossing into the United States with methamphetamine and heroin.

On December 2, Magistrate Judge Steven Yarbrough signed a warrant allowing the FBI to seize the vehicle and search it for any traces of blood, hair or other evidence that might tie the brothers to the assault or to smuggling drugs.

Normally, the FBI files search warrants under seal when they involve the possible assault or murder of a federal agent. It isn't clear why this warrant was filed unsealed.

The FBI and the state of Texas have offered a $70,000 reward for information in this case.