FBI gauges threats against educators and school board members 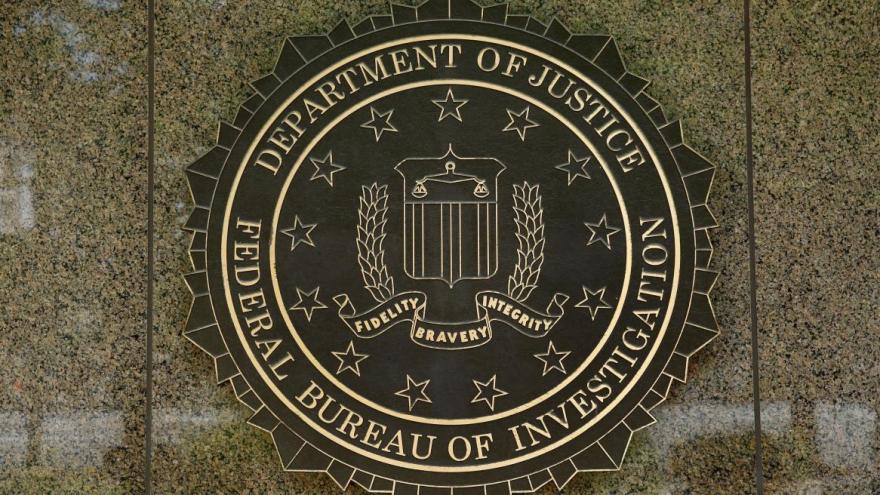 The FBI is working to assess the number of threats made against school board members and teachers.

(CNN) -- The FBI is working to assess the number of threats made against school board members and teachers, using a tracking tool that it says will help implement a directive from Attorney General Merrick Garland that has come under criticism from Republicans.

An internal memo to the FBI's counterterrorism and criminal investigators says the bureau is using a "threat tag" system that will help gauge how much of a problem the threats pose around the country.

The FBI memo, released by Republican critics, was a follow up to Garland's October memo that directed federal officials to team up with local law enforcement to come up with a game plan on how to handle threats made against members of school boards and educators.

Rep. Jim Jordan, a Republican from Ohio, said the internal FBI document, describing the use of what the bureau calls a "threat tag" labeled "EDUOFFICIAL," adds to his view that the Garland is using the FBI to improperly target parents who speak out at school board meetings.

The FBI issued a statement saying that its focus is on violence and threats of violence, and that its Criminal Investigative Division and Counterterrorism Division share responsibility for evaluating the problem. "Before either division can open an investigation there must be information indicating the potential use of force or violence and a potential violation of federal law" hence the use of a threat tag, the bureau said.

"A tag is merely a statistical tool to track information for review and reporting. The creation of a threat tag in no way changes the long-standing requirements for opening an investigation, nor does it represent a shift in how the FBI prioritizes threats The FBI has used tags to track everything from drug trafficking to human trafficking."

Jordan, the ranking member of the House Judiciary Committee, sent a letter to Garland on Tuesday accusing him of being disingenuous during his testimony on Capitol Hill last month.

Jordan, along with other Republicans, grilled Garland during two separate hearings about the usage of federal resources to create a "snitch line on parents" who are anti-mask advocates or against students in kindergarten through 12th grade from learning about critical race theory.

In the three-page letter, Jordan said that the details in the FBI email "calls into question the accuracy and completeness" of Garland's testimony about whether counterterrorism tools would be used on behalf of the National School Boards Association (NSBA), which Jordan called a "left-wing special interest group against concerned parents."

The NSBA wrote a letter to the Biden administration on September 29 asking for help to handle ongoing threats towards educators during school board meetings. Republicans raised eyebrows at the swiftness Garland made to draw up the memo within five days after the NSBA's request.

Jordan went on to offer Garland the opportunity to amend his statements and reiterated requests for a document dump related to the creation of the October school boards memo "to investigate the matter further."

"The Attorney General's memorandum simply underscores the FBI's ongoing efforts to assist state, local, and federal partners to address threats of violence, regardless of the motivation," the bureau statement said. "The FBI has never been in the business of investigating parents who speak out or policing speech at school board meetings, and we are not going to start now."