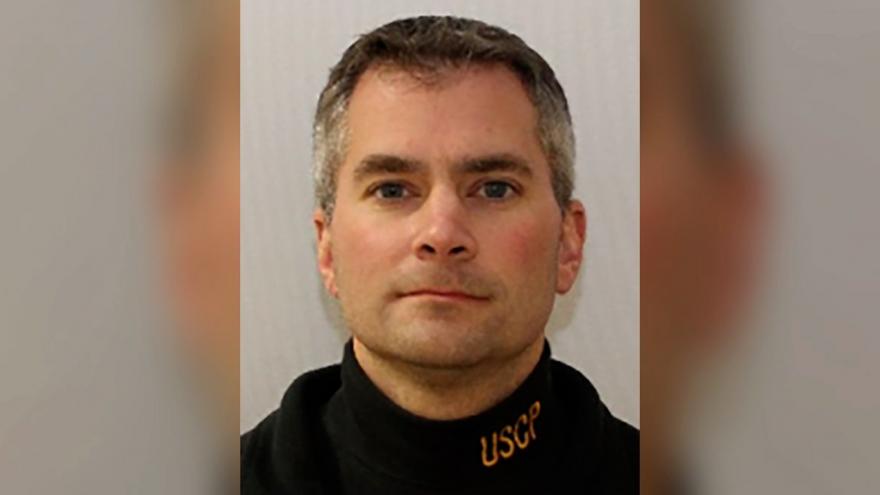 The FBI has identified a suspect in the death of Capitol Police Officer Brian Sicknick, according to law enforcement officials. - Getty Images

(CNN) -- The FBI has identified a suspect it's focusing on in the death of Capitol Police Officer Brian Sicknick, according to law enforcement officials.

The theory, as CNN has reported, is that Sicknick became ill from bear spray used by the mob that attacked the Capitol on January 6, and video evidence CNN previously reported on appears to show the attack that could have caused his death.

It remains a difficult case for investigators and it's not clear what charge they will be able to bring.

In a statement late Friday, the US Capitol Police noted that the medical examiner's report on Sicknick's death wasn't finished yet: "We are awaiting toxicology results and continue to work with other government agencies regarding the death investigation."

"Officer Sicknick's family has asked for privacy during this difficult time and that the spreading of misinformation stop regarding the cause of his death," the statement said. "The Department and the Sicknick family appreciate the outpouring of support for our fallen officer."

The New York Times first reported that investigators have zeroed in on one suspect, but have yet to identify the assailant by name.

CNN previously reported that authorities had winnowed it down to a handful of suspects and that new video evidence from the attack helped investigators narrow it down.

In police audio played at former President Donald Trump's Senate impeachment trial, officers could be heard screaming during the attack that some members of the violent Capitol mob were spraying them with bear spray. Republican Sen. Mitt Romney of Utah told reporters at the time that Capitol Police Officer Eugene Goodman, who potentially saved the senator from encountering the mob, had indicated to Romney that "he had to breathe a lot of bear spray and tear gas and that he was nauseated" while serving on January 6. The pair had spoken during a break in the trial.

Investigators have struggled for weeks to build a federal murder case in Sicknick's death as they pored over video and photographs to try to determine the moment in which he suffered his fatal injuries. Investigators determined that initial reports suggesting Sicknick had been struck with a fire extinguisher weren't true, CNN previously reported.

Several people have been charged with assaulting police officers in the weeks since the attack, but none so far in relation to Sicknick. More than 100 other police officers were injured in the melee last month, including at least 15 who required hospitalization, according to court documents.

Sicknick's body lay in honor at the Capitol in an emotional ceremony early this month, during which President Joe Biden, first lady Jill Biden and congressional leaders paid visits.

This story has been updated with background information and a statement from US Capitol Police.